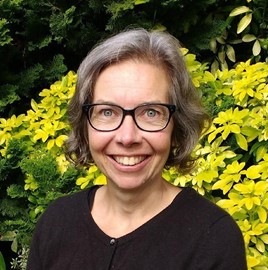 What is this life if, full of care, we have no time to stand and stare?” begins the famous poem by Welsh poet WH Davies which formed the soundtrack to a beautiful short film of the Gwent Levels, coastal wetlands between Newport and the Severn Estuary.

The film was part of the Gwent Wildlife Trust’s campaign against the M4 ‘relief road’ near Newport which would have tarmacked over 10 kilometres of this nationally important ecological area.

When First Minister of Wales Mark Drakeford decided to axe the £1.6 billion motorway he gave very significant weight to the impact of the M4 on the Gwent Levels, as well as citing the cost of the road.

The decision to scrap the 14 mile, six-lane M4 scheme followed a controversial public inquiry overseen by planning inspector Bill Wadrup, who backed the scheme and said the case for the road had been “compelling”.

So what system produces a ‘compelling’ case for a road which has devastating impacts on the environment, including nationally important wetlands?

How do so many road schemes, which are predicted to “ produce millions of tonnes of carbon, destroy ecologically important habitats, wipe out ancient woodlands, and worsen air quality, get assessed as being beneficial and thereby get the green light from planning inspectors and decision-makers?

Step forward the transport appraisal system, a quasi-scientific system which is so out of kilter with the climate and ecological emergency that it is not fit for purpose.

Long criticised by transport planning experts for its lack of transparency and perverse outcomes, it favours big road schemes, and as Professor Phil Goodwin has written elsewhere, there is a “barely expressed undercurrent of suspicion that the formal rules of appraisal are a way of demonstrating a pre-determined result”.

The M4 scheme was designed to address problems of congestion (caused in part by a removal of the toll road on the Severn Bridge). In theory, the appraisal system should have begun by considering “all modes, infrastructure, regulation, pricing and other ways of influencing behaviour” to address this problem.

In practice, it is common for a very limited range of options to be appraised (e.g. ‘Route A’ or ‘Route B’ for a new road) and non-road options are rarely given anything more than a passing glance.

Once (road) options are selected they are subject to modelling and appraisal including the dark arts of a cost-benefit analysis.

The monetary values of the costs and benefits are estimated and these are totted up to produce a single benefit-cost ratio (BCR). Most road schemes achieve a very high BCR due to built-in biases such as notional time savings for motorists which translate into enormous ‘benefits’ and generally account for the vast majority of predicted monetised benefits from road schemes.

Although Government has recently more than quadrupled the costs of carbon for valuation purposes, they are still trivial compared with travel time savings.

And the costs of many environmental impacts, particularly ecological and landscape ones, are effectively ignored as they aren’t able to be monetised.

This was the case for the literally ‘price-less’ Gwent Levels, described by some as Wales’s Amazon Rainforest. Perversely, the carbon impact of the M4 scheme was appraised as being beneficial despite the fact that the Welsh Government’s own assessment acknowledged there will be an increase in CO2 emissions in future years compared with a ‘do nothing’ scenario.

The Treasury appears to have listened. In late 2020, it published a review of the Green Book, the key guidance on how to appraise policies, programmes and projects, which stated: “While the BCR is a useful metric… there is a tendency to place an inappropriate emphasis on it… considerable time and effort is expended to ‘boost the BCR’ that would have been better spent developing and testing other elements.”

Quite. Keith Buchan, the Transport Planning Society (TPS) board lead on appraisal, has said: “The Treasury findings are clear in terms of the current system’s poor theoretical justification, lack of transparency, and poor outcomes in terms of failing to bring forward schemes which would achieve our objectives.”

The TPS has called on the Treasury to involve professional bodies in the review process.

A revised Green Book was published in late 2020 with updated guidance which stressed that the choice of the preferred option depends on more than just the BCR and included annexes on unmonetisable values, place-making and distributional effects.

It is not yet clear what the results of these reforms will be but the problem is that they fail to resolve the fundamental flaw in implementation of the system which is the failure to actively consider alternatives to more tarmac at the outset.

Rather than trying to find creative ways to put a value on the Gwent Levels, a scheme which would have impacted such an ecologically valuable site should never have been taken forward in the first place. Instead of relying so heavily on a flawed BCR we need a system that makes the options and their contribution to different criteria explicit.

This is the approach used by the Welsh Commissioner for Future Generations who commissioned research which compared the Newport M4 Corridor with an alternative package of public transport and active travel measures.

The analysis showed that a comprehensive alternative transport package would not only significantly outscore the preferred M4 Route but would cost a fraction of the £1.4 bn designated for the M4.

After the decision to axe the M4 was made, the Welsh Government established a commission chaired by Lord Burns to look at alternatives to reducing congestion on the M4. They came up with nearly 60 recommendations, none of which included new roads.

The Burns Delivery Unit, set up in January 2021, has been given a budget of more than £4 million this financial year to progress plans for new rail, bus and active travel infrastructure that will form a network of alternatives for south-east Wales.

The Welsh Government to its credit has saved an area of immeasurable beauty and ecological value while finding smarter ways to tackle congestion, saving some drivers that oh-so-precious three-five minutes. We need an appraisal system that meets travel needs while protecting “streams full of stars like skies at night”.

And what will those drivers do with their three minutes of extra time? Hopefully, they will make time to stand and stare.

It is time to dispense with SUVs