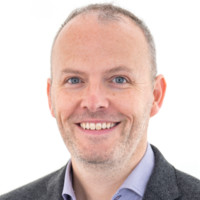 By Toby Poston, director of corporate affairs at the British Vehicle Rental and Leasing Association (BVRLA)

Like many across the industry, I read the recent Road Pricing report from the Transport Select Committee with great interest.

It is great to see the topic given the attention it deserves. If we delve below the rhetoric and scary headlines into the real detail of how a national scheme could work and what it could deliver, we may finally make some progress.

When we at the BVRLA gave evidence to the committee in October, we highlighted how road pricing involves a total rethink about the way road use is taxed and how we incentivise certain transport behaviour.

It has always been a controversial topic and one that successive Governments have chosen to avoid. As the vehicle parc moves towards net zero, urgent progress needs to be made and politicians need to engage with industry to develop a workable solution.

In short, policymakers need to get off the fence and start providing a roadmap for the future of motoring taxation.

BVRLA members have set out their road pricing principles and we are delighted that so many of them have been covered by the committee’s report.

Among other key asks, the report acknowledges the need to make any system revenue-neutral, also considering the needs of essential road users.

However, there are three key challenges the committee has largely overlooked in its report, and they are issues that the Government must urgently address if it is to have any hope of laying solid foundations for a new road pricing regime.

First, the requirement for a national framework has not been fully acknowledged. Leaving the development of road pricing in the hands of devolved nations or local authorities will lead to inconsistent implementation and create chaos for road users, with fleets hit particularly hard.

Only a UK-wide framework will provide a fair and simple way of replacing national motoring taxes such as VED and fuel duty. Second, the Government needs to set some simple objectives.

There is a real danger that the purposes of road pricing and clean air zones are merged and the lines between them blurred. An undertaking of this scale cannot afford to suffer from ‘Project Creep’.

In the short term, national road pricing and its associated fees are more likely to be accepted if they are used as a transparent mechanism for replacing current motoring tax revenues, with this money then allocated against the huge price of upgrading the UK’s road network and zero-emission vehicle infrastructure.

Congestion and air quality are best addressed at a local level with targeted clean air or congestion zones.

Finally, the administrative complexity and cost of a new scheme must be considered from day one so investment can be put behind the Government agencies and systems that are vital to a successful roll out.

Many of them are already creaking under their current burdens, with service levels that would not be accepted in the private sector. Fleets are often treated as second class customers and this is a classic example of where the Government needs to ‘level-up’ by investing in improved digital infrastructure and modern working practices.

The internal combustion engined vehicle phase-out target and the need for road pricing are inextricably linked. The Government has a delivery plan for the former, and it needs to start talking about its strategy for the latter.