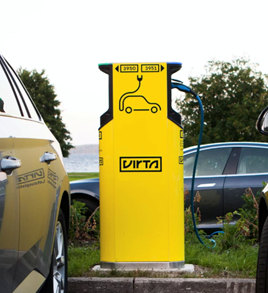 Virta has been ranked as the fastest-growing electric vehicle charging platform in Europe by the Financial Times as part of its 2020 FT 1000 list.

Virta was founded in Finland in 2013 and has expanded globally across 28 countries with over 300 charging network owners operating using the company’s charging platform.

“The growth is currently coming mainly from Europe, in future also from other continents.”

Other smart transport innovators were also highlighted in the FT1000, including ride hailing company Bolt in third place overall, as well as parking apps Parkster and Yourparking.

Gridserve has started construction on its network of 100 electric vehicle charging forecourts with the first due to be complete in Braintree, Essex this summer.