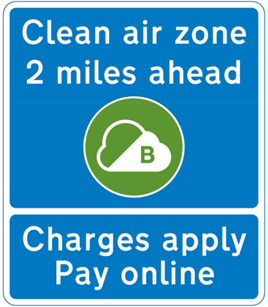 Leeds and Birmingham had hoped to have has their respective CAZs up and running at the start of the year, but both were delayed due to problems with an online vehicle checker.

The vehicle checker tool, which is being delivered by the government’s Joint Air Quality Unit (JAQU), was expected to be ready by October 2019.

However, JAQU (a joint unit between DfT and DEFRA) announced last summer that the vehicle checker would not be available until at least December 2019 - leaving just weeks before the zones were due to come into force in January 2020.

The vehicle checker tool was finally launched in February, but the data’s accuracy was questioned after it appeared to show some cars were compliant for Birmingham’s CAZ when in fact they would face a daily charge of £8 to access the city centre.

Transport Secretary Grant Schapps called for “urgent work” on the checker, saying it is “not up to scratch”.

However, Leeds now says it is in a position to launch its CAZ before the end of September.

Buses, coaches, heavy goods vehicles, taxis and private hire vehicles, which fail to meet minimum emissions standards, will be charged for driving within the zone's boundary.

Non-Euro VI HGVs, buses and coaches will face a £50 daily charge for driving in the zone, while non-Euro 6 diesel and non-Euro 4 petrol taxis and private hire vehicles will incur a £12.50 charge. Private vehicles will not be charged.

The zone comes after the Government directed Leeds City Council to tackle air pollution in Leeds as soon as possible after finding that parts of the city would likely exceed legal air quality limits.

Since Leeds announced plans for a CAZ, the city council says significant improvements in air quality have already been observed across the city as vehicle operators prepare for the zone's introduction by switching to cleaner vehicles.

For example, the annual trend for air pollution has fallen well below legal limits on the A660 as a result of lower emission bus services being introduced on the route.

Ahead of the zone's introduction, the council is supporting affected vehicle owners and operators to transition to lower emissions vehicles that won't be charged.

More than £5.4 million in financial support has so far been awarded to help local businesses switch to cleaner vehicles and an additional £3.1 million has been provisionally approved.

Licensing data shows that taxi and private hire operators have introduced more than 1,200 low emission hybrid, electric and LPG powered vehicles since the zone was confirmed as diesel and petrol models have been replaced.

Additionally, the council has helped operators of HGVs, buses and coaches to upgrade or retrofit more than 253 vehicles.

The council continues to reduce its own emissions by growing its fleet of electric vehicles, already the largest of any local authority in the country, to 266 vehicles.

Owners of affected vehicles are encouraged to check whether they are eligible for a number of charge exemptions or financial support by visiting: www.leeds.gov.uk/cleanairzone.

Cllr James Lewis, executive member with responsibility for air quality, said: "Having been forced to delay the introduction of the zone last year due to delays to Government systems, I am delighted that we are now able to confirm a go-live date for the Leeds Clean Air Charging Zone giving affected businesses clarity to help them prepare for the zone's introduction.

"We're already seeing improvements to our city's air quality thanks to the thousands of drivers that have already switched to less-polluting vehicles.

“As more businesses switch to cleaner vehicles to avoid charges we will no doubt continue to deliver even more improvements.

"With six months before the zone takes effect, it is now time for businesses to prepare. I would strongly encourage those who may be affected to check their vehicle and find out more about the financial support and exemptions available by visiting our website."

More information about the Clean Air Charging Zone can be found at www.leeds.gov.uk/cleanairzone.