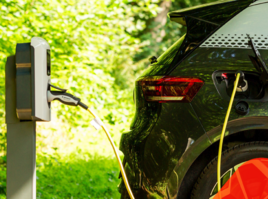 The Scottish Government aims to help more people and those on low incomes make the switch to electric vehicles.

To support a just transition to net zero, the Government says funding is now being prioritised to focus on used EVs, businesses and people living in rural areas, those operating light commercial vehicles as part of their business, in addition to the taxi sector. It in addition to funding interest free loans for electric vehicles (EVs).

Support for domestic and business charge point funding is also evolving to help those that need it most – focussing on those who live in rural or island areas who face higher costs and people residing in urban areas without private off-street parking.

Business support will also focus on smaller organisations – including those in rural or island locations which are dependent on tourism and the provision of hospitality.

Minister for transport Jenny Gilruth said: “Coupled with continued support for zero emission car clubs, I’m pleased we’re expanding support for community transport schemes. This will help eliminate the need for individual car ownership and ensure it’s not just the wealthiest in society who can benefit from modern EVs.

“Our funding package of over £30 million for zero emission grants and loans will be refocussed to support the many people and businesses, particularly in rural areas, who still require access to vehicles.

“By providing interest free loans for used electric cars and for new light commercial vehicles and taxis, we continue to support our ambition to phase out the need for new petrol and diesel cars and vans by 2030.”

Neil Leckie, senior programme manager at Energy Saving Trust, says that the Low Carbon Transport Loans have been “instrumental” in providing much needed support for drivers in Scotland to lower both their carbon impact and fuel costs.

“We are motivated by the progress made over the past ten years, having worked closely with Transport Scotland to deliver more than £165m in interest free loans to support the purchase of over 6,100 electric vehicles," he added.

“In the year ahead, we look forward to continuing to create lasting change, including making used electric vehicles accessible to a wider audience by reducing upfront costs – supporting a just transition to net zero.”

Full information on the grants and loans is available online.

“The incentives for Scottish drivers are enough to make EV driving a reality for those who may have felt it was out of reach, which is great to see,” she added.

“As such, we agree with the Scottish government’s approach to target support at the most expensive part of the EV transition for drivers – the vehicle. This will further the second-hand EV market which is already growing exponentially, according to SMMT.”