A Rail Delivery Group report has estimated that rail freight helps to cut millions of lorry journeys each year and contributes £2.5 billion to the UK economy.

The independent research for the Value of Rail Freight 2021 report was put together by Deloitte and the company has developed a new framework which enables the value of different types of freight paths to be calculated.

The model shows that each rail freight path on the network has an economic value of up to £1.5 million per year and highlights the benefits that could be realised by transporting more goods by rail.

Robert Nisbet, director of nations and regions for the Rail Delivery Group, said: “Rail will play a central role in levelling up Britain and rail freight is already doing some heavy lifting, supporting businesses and jobs across the nations and regions.

“As we work to secure a green recovery from Covid, encouraging more businesses to move their goods by train coupled with a rolling programme of electrification would see rail freight play an even bigger role in helping the nation to meet its carbon commitments.”

The report shows that each tonne of freight transported by rail produces 76% less carbon emissions compared to road and with a freight train carrying as much as 110 lorries.

The Deloitte research shows that rail freight is tackling gridlock and pollution in London, by removing 1,000 lorries from the capital’s roads every day.

Eddie Aston, chief executive for G&W’s UK/Europe region companies, said: “The significant economic and environmental benefits that the rail freight sector contributes to UK society are clear from this report.

“As the largest freight operator of electric locomotives in the UK, we are seeking to deploy electric traction over more routes, to further reduce emissions.

“I am ambitious to see these and other initiatives being rolled out so we can achieve an even greater contribution to the government’s commitment to bring all greenhouse gas emissions to net zero by 2050.”

Better use of data is key to decarbonising freight transport

Better use of data is key to decarbonising freight transport 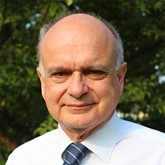 Latest Poll
Is the Government doing enough to support a return to public transport? (Please comment)
Vote
View all