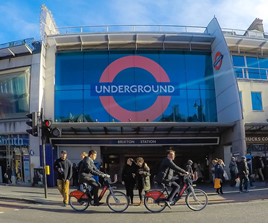 Transport for London (TfL) has secured a £200m extraordinary funding settlement  from the Government that will run until June 24.

Emergency funding had been due to end on February 25.

The new deal also includes the potential for a longer-term capital investment settlement for TfL.

The Department for Transport (DfT) says that this would be agreed ahead of the next financial year and will be dependent on the Mayor and TfL’s cooperation with the Government, including providing sufficient information regarding its capital investment plans and meeting conditions set out in the previous settlement.

It follows three previous emergency funding packages and takes the government’s support for TfL, since March 2020, close to £5 billion.

Transport secretary Grant Shapps said: “Over the past two years, the Government has repeatedly shown its commitment to London and the transport network it depends upon, by providing close to £5bn in emergency funding.

“These support packages must be fair to all taxpayers and the settlement agreed today provides enough to cover lost revenue from the pandemic while the Mayor follows through on his promises to keep TfL on the path to financial sustainability by 2023.

In this funding settlement, the Mayor will consult on the options he believes will raise between £500m and £1bn of additional yearly revenue from 2023.

He will also be outlining options to achieve operating cost savings of up to £400m in 2022 to 2023 and delivering against TfL’s accelerated modernisation plan while making significant progress in moving the pension fund into a financially sustainable position.

Throughout this period, Government will continue to work closely with the Mayor and TfL to ensure London’s transport system delivers for Londoners and contributes to the entire country’s economic recovery while maintaining the interests of national taxpayers, it said.

The Mayor of London, Sadiq Khan, said: “While I welcome and am relieved about this funding, once again the Government has just provided a short-term funding deal that will only enable TfL to continue running transport services for a few more months.

“This agreement makes reference to future capital investment for TfL, but it’s essential that this quickly turns into a concrete commitment from the Government.

“The only way we will be able to avoid significant and damaging cuts to tube and bus services is if the Government steps up and provides the longer-term capital funding TfL urgently needs.”

He continued: “The pandemic is the only reason TfL is facing a financial crisis.

“TfL has a critical role to play in driving the recovery and it supports tens of thousands of jobs across the UK, but the Government’s short-term deals are trapping TfL on life support and putting economic growth and jobs at risk.

“Over the next few months, I urge the Government to engage with TfL and City Hall in good faith so that we can finally agree a fair, longer-term funding deal that will protect London’s transport network – for the sake of the capital and the whole country.”

The funding update comes after the Mayor of London, Sadiq Khan, and TfL revealed proposals for the expansion of the ultra-low emission zone (ULEZ) to include Greater London and higher charges for all but the cleanest vehicles ahead of a possible road pricing scheme for the capital.

The Government has extended its emergency funding for TfL until February 18 as both parties continue talks to reach a future agreement.