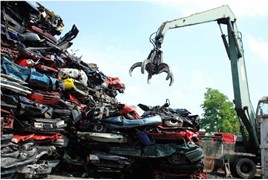 Transport for London (TfL) has ended its van scrappage scheme due to “unprecedented demand and limited funds”.

The scheme was introduced in February 2019 to help small businesses to replace older more polluting vehicles with ones that meet the standards for the Ultra-Low Emissions Zone (ULEZ).

In January, TfL announced it was doubling payments for its van scrappage scheme to £7,000, after a poor take up of the initial offer. Just £2.3 million of the £28m fund was spent in 2019.

The scheme has since provided £30m worth of funding towards new, cleaner vans in the Capital.

Lead member for Highways and Air Quality at Richmond Council, Cllr Alexander Ehmann, said: “This is very disappointing and short-sighted. We need to encourage as many local people and businesses as possible to switch to less polluting forms of transport. But for many – the switch is a financial challenge. We know the enormous financial pressures that are facing TfL, but to give people a handful of days before pulling the scheme is simply not good enough.”

Any van scrappage applications submitted prior to 17:00 on August 28 will be processed as normal.

Businesses that were considering replacing any non-compliant vans in the run-up to ULEZ next Autumn will now have to meet the costs themselves or face a daily charge to enter the zone.

DPD will trial 25 of LEVC’s new VN5 electric van ahead of its launch in Q4.