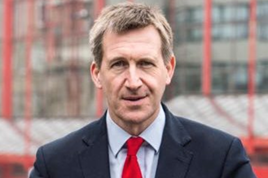 Letters of agreement were submitted by Sheffield City Region Mayor Dan Jarvis, and council leaders in Barnsley, Doncaster, Rotherham and Sheffield to the Ministry of Housing, Communities and Local Government.

The deal is due to be approved in Parliament in the coming weeks.

Following this, “millions of pounds of funding” will come to South Yorkshire for new transport projects.

The devolution deal will bring benefits including control of a new single pot of funding for economic growth, which incorporates an additional £30 million annual allocation over the next 30 years.

It also secures devolved transport powers and funding; full devolution of the Adult Education Budget of around £35m a year.

A public consultation that was carried out in the spring, found that people in South Yorkshire overwhelmingly supported devolution.

Almost 90% (590 of the 675 respondents) said they supported the principle of devolution of further powers from Westminster.

Since Mayor Jarvis was elected in May 2018 the Mayoral Combined Authority (MCA) has secured £170m in Transforming Cities funding for public transport and Active Travel projects; published its Transport Strategy and Integrated Rail Plan for the region.

It has also commissioned an independent Bus Review across South Yorkshire and appointed multiple world-record Paralympian Dame Sarah Storey as the region’s first Active Travel Commissioner, who’s vision for improving walking and cycling infrastructure across the region has been adopted by the MCA.

Sheffield is aiming for the region to have net zero carbon emissions by 2040.

A YouGov poll of residents in Leeds reveals overwhelming support for measures to protect health by tackling air pollution emissions from cars.