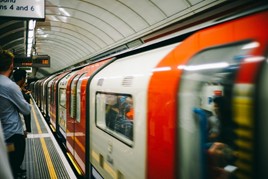 Social distancing, sanitisation and face masks are the three crucial safety conditions that will help to encourage people back to public transport once the lockdown is over.

Almost one-third of respondents to a survey by independent UK watchdog Transport Focus said they would not use public transport again for any reason until they felt safe.

The new weekly analysis of public transport trends surveyed 2,000 people. Before the outbreak, 43% nationally used public transport at least a few times a month, while 80% used the car. The proportion using public transport was highest in London, 80%, and among younger people – 61% of those aged 18-24.

Hand sanitiser is the minimum expectation of public transport users - 83% said it should be available on vehicles, at stations and at stops – while 62% said they would not use public transport again until social distancing measures were in place. A little more than half (51%) wanted to see all passengers required to wear masks.

Even with transport operators going to these lengths, just 24% of people said they would be happy to start travelling by bus, train and tram as soon as restrictions have been lifted.

In reality, it could be “months and months” before people are willing to travel in large numbers on public transport, according to Anthony Smith, Transport focus chief executive.

The need for compromise from all parties

Smith called on Government, industry and passengers to work together in “partnership” to resolve the “compromises” caused by social distancing and to provide “honest and realistic” reassurances about safety.

“The industry says we’re going to do X, Y and Z, but it won’t be perfect every time. And passengers have to promise to do A, B and C,” he said. “If those two things come together, and the experience on the front line is broadly OK, then confidence will slowly build over the next few weeks.

“Social distancing isn’t going to be enforced by staff or the police, so it’s very much up to passengers to police themselves. The first few weeks are going to be messy.”

Fears are growing about the financial stability of public transport operators. The Government has already taken emergency control of train companies by suspending franchises, effectively re-nationalising the rail network for at least six months, while struggling bus operators have also been promised a £397 million bail out from the public purse.

“The Government moved very quickly to underpin the rail industry,” Smith said. “Outside of London, you’ve got commercially-exposed operators who are receiving some support from the Government. London is slightly different, and TfL will work out its own support package. But it’s going to be really, really tough - the markets are just not going to be there in the way they were in the past.”

This view is supported by the survey which shows a potential move away from public transport towards single-occupancy cars – contrary to the policies of all UK cities. Worryingly from an emissions, air quality and congestion perspective, 60% said they would rather drive than use public transport once travel restrictions are relaxed.

This sentiment was highest among older people, while younger people were more likely to say they would cycle or walk. This Government is keen to encourage more active travel, announcing the creation, within weeks, of pop-up bike lanes with protected space for cycling, wider pavements, safer junctions and cycle corridors as part of a £250 million emergency active travel fund - the first stage of a £2 billion investment.

Younger respondents, adds the survey, are also more likely to expect to work from home more often in the future.

“Habits, once they get changed, are very hard to move back to the old ways. In the medium to longer-term, it raises the spectre of more congestion and polluted roads as well as posing serious questions for public transport providers – have traditional travel patterns changed forever and how will they draw people back onto public transport?” Smith asked.

“Some will surround safety and the reassurance needed from governments and operators, but some may well require more fundamental reform – for instance new fares that better match the mixed work from home and office environment of the future.”

An increase in road traffic combined with investment in more cycle lanes is likely to result in higher levels of congestion, which could itself prompt a move back to public transport.

“There’s a really interesting debate about road space: if you take more space for pedestrians and cyclists and take it away from cars, vans and trucks at the same time as the traffic is going up, there’s going to be a real battle for space which may eventually push people back to public transport,” Smith explained.

In addition to the weekly survey, Transport Focus is deploying two other pieces of insight. The first is its existing panel of transport users which helps with providing advice on particular issues. The second is the creation of a new group of traveller communities, such as commuters and leisure, to get a better understanding of their needs and their responses to the messages from Government and industry.

“When you add those three things together, I hope it will add up to a pretty rich picture which will be useful to those making decisions about transport,” said Smith.

“The clarity of communications about public transport is going to be absolutely key in the next period.”

A cross-party group of MPs is demanding Ministers urgently upscale PPE for all transport workers in preparation for exiting the government-enforced lockdown.

Cycling in London could increase tenfold with pavements widened to accommodate physical distancing and queueing outside shops post-lockdown.