'No time for delay – transport decarbonisation needs to start now' 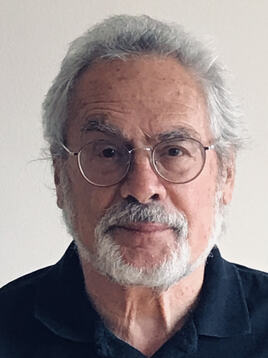 The eye-watering bill for the UK to reach carbon net zero by 2050 - forecast to be £1.4 trillion for the nation as a whole - will be dwarfed by the cost of failing to limit global warming, warned Professor Phil Goodwin, emeritus professor of transport at UCL and UWE.

Addressing an audience of transport specialists from regional and local government at yesterday's Smart Transport Conference, as well as the rail, freight and electric vehicle industries, he outlined the severe negative impact of climate change on GDP, as well as dangerous non-linear global consequences, such as disease, conflict, civil unrest, insurance breakdown and mass migration, and urged policy makers to act now.

A tonne of CO2 saved today represents 29 tonnes saved by 2050, whereas a tonne saved in 2049 is just one tonne saved before the net zero deadline - it’s the stock of carbon in the atmosphere, not carbon emissions that matter, said Goodwin (pictured).

This undermines the case that electric vehicles provide the panacea for decarbonising transport, given that the average life of a car is 14 years. This summer’s Transport Decarbonisation Plan was clear that “we will use cars less” confirmed Bob Moran, head of environmental strategy at the Department for Transport.

The DfT is finalising a toolkit for local authorities to execute a modal shift in travel choices, moving people away from private cars and towards active and shared travel, as well as promoting higher car occupancy rates, said Moran.

Creating a vision of the spaces and places where we want to live and work is central to these aims; once public consensus is established, the policies required to deliver them become clearer to design and easier to promote, said Martin Tugwell, chief executive, Transport for the North.

For local authorities to deliver these objectives, however, requires a devolution of powers and funds so they have “control of routes, fares and frequency” of public transport, said Polly Billington, director, UK100.

The challenge, said Lord Deben, chairman of the Climate Change Committee, is to bring all of these elements together to create a transport system that enables people to travel with the convenience and freedom delivered by the internal combustion engine, “but in a way that does not cost the Earth.”