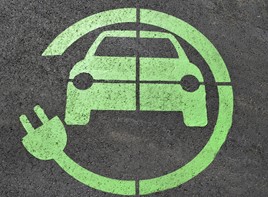 Tesco, Dixons Carphone, E.On, Heathrow, Lime and SSE have joined the calls for Government to bring forward the new petrol and diesel vehicle ban to 2030.

The Government has consulted on bringing forward the end to the sale of new petrol and diesel cars and vans from 2040 to 2035, or earlier if a faster transition appears feasible, as well as including hybrids for the first time.

The DfT was expected to deliver a decision this month, but it is believed this has been pushed back due to Government focus on tackling coronavirus.

However, the UK Electric Fleets Coalition, which collectively operate over 400,000 cars and vans across the UK, want the UK Government to target 100% zero emission car and van sales from 2030.

All 27 members have supported adverts in the UK national press highlighting their support for a 2030 move for all new cars and vans being zero emission.

Alistair Phillips-Davies, SSE’s chief executive, said: “Since May we’ve been calling on Government to adopt a 2030 end date for the sale of Internal Combustion Engine (ICE) cars and vans, and are pleased to join other leading UK businesses in this call as part of the UK Electric Fleets Coalition.”

Tesco is also joining the EV100 campaign, with a commitment to electrify 100% of the vehicles it operates by 2030. The group now includes 86 businesses, committed to switching more than 4.8 million vehicles across the world to zero emissions and annually reporting on their progress.

Giles Bolton, responsible sourcing director at Tesco, said: “We are delighted to become signatories of the EV100 campaign, which brings together both our commitment to transition to 100% electric vans, and our plan to install EV chargers for Tesco customers and colleagues all over the UK.

“The electrification of transport is crucial to becoming a zero-carbon business by 2035 in the UK and 2050 globally, and we will need collaboration across industry and government through the likes of EV100 in order to overcome the barriers to transition together.”

This call on the Government comes during the largest international climate summit of the year, Climate Week NYC, and days ahead of the PM’s speech at the UN General Assembly, both held virtually because of Covid-19 restrictions.

As host of next year’s postponed UN climate talks (COP26), the UK is under pressure to set an example to the world - the EU has just upped its proposed climate target and China has signalled it’s considering doing the same.

Helen Clarkson, CEO of international non-profit the Climate Group and organisers of Climate Week NYC, said:  “Only bold action can achieve the 50% cut in emissions the world needs by 2030, and the UK, as host of upcoming UN climate talks, must set an example.

“Of course, it’s not as simple as just setting a target. More government action is needed to support manufacturing of EVs and to unlock infrastructure investment. But both come with a big dividend for UK jobs. We’re in the middle of global recession – the climate can’t wait and our economy can’t wait.

“Big businesses, now including Tesco, working together through our EV100 campaign are showing that 100% zero emission vehicles by 2030 is possible. And they are using their scale to drive down costs for consumers and rollout charging points too.”

Phillips-Davies concluded: “Making the switch to electric vehicles will not only help tackle climate change and improve air quality in our towns and cities, but it will help drive the costs of EVs down and spur the development of a new clean industry contributing to a green recovery.

“We’re doing our part by committing to decarbonising our own fleet of vehicles by 2030 as part of the EV100 and, with the right support in place including a coordinated roll-out of EV charge points and a 2030 end date for ICE vehicle sales, the UK could become a hub of electric mobility and encourage similar actions internationally ahead of COP26.”