Major UK city transport authorities are urging the Government for more funding and powers to help rebuild after Covid-19.

The Urban Transport Group, which includes Greater Manchester, Liverpool City Region, London, Tyne and Wear, Sheffield City Region, West Midlands and West Yorkshire, has put a new 'Building back better on urban transport' paper together that urges the Government to give transport authorities enhanced and stable long-term capital and revenue funding, as well as greater developed powers to support a green recovery.

The report states that If Government doesn’t continue to close the funding gap for public transport, then the consequences will be cutbacks in provision which will go against Government’s wider transport decarbonisation plans as well as undermine a green recovery from Covid-19.

Stephen Edwards, chair of the Urban Transport Group and executive director of South Yorkshire passenger transport executive, said: “Transport authorities proved their mettle in response to the Covid-19 pandemic by keeping the wheels of public transport turning, getting key workers where they needed to be during the lockdown, and have since helped city regions to get back on their feet during the initial recovery phase.

“But to truly build back better from this crisis, they need the longer term funding certainty and powers necessary to respond adroitly and at scale to the challenges ahead, including climate change.

“This requires the same radical approach to policy change that we witnessed during the pandemic.”

The paper has been timed ahead of the Government’s Comprehensive Spending Review, which will set out spending plans for the parliament and is due to be published this autumn.

The paper sets out what building back better means for urban transport, such as a big increase in active travel, particularly for shorter journeys; simple and affordable public transport fares; an accessible, rapid and reliable public transport network; decarbonised urban vehicle fleets; and green and smart logistics. 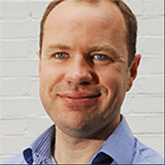