London Assembly calls on Mayor to expand car club use 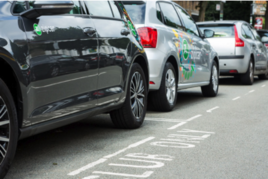 The London Assembly has called on Mayor Sadiq Khan to work with Transport for London (TfL) and London’s Boroughs to work together to expand car club use.

The call follows on from CoMoUK’s 2020 London Car Club Annual Report, which shows that for each car club vehicle in London, 23.5 vehicles are taken off the road.

Shaun Bailey AM, who proposed the motion, said: “Car clubs tackle congestion, reduce demand for parking, and improve air quality, but we are not doing enough to encourage them.

“The Mayor and Transport for London need to look again at facilitating car clubs across the capital.

“Any review should consider expanding the number of car club parking spaces, rolling out rapid charging points, and ensuring new developments have access to the service.

“If we can make it easier and more accessible, then more people and businesses will be able to reduce their private car use and save money, easing pollution and congestion on London’s roads.”

Caroline Pidgeon MBE AM, who seconded the motion said that while car clubs are not the answer to all of London’s transport challenges, they have a critical role to play.

She said: “By giving people a real alternative to traditional car ownership they have been shown to dramatically reduce parked cars on our roads.

“And by using newer and less polluting vehicles they can play a key role in reducing pollution in the capital.”

However, he said there are a number of hurdles that need to be overcome to enable their growth and therefore maximise the air quality benefits that car clubs can bring.

Taylor said: "In recent years two car club operators have closed their London service with both citing the complex nature of operating in London as one of the main reasons behind the closure.

"We are calling on the Mayor to create a Vision for the growth of car clubs in London which aligns car clubs with other cities, and to support our Vision of an all-electric car club fleet by 2025 which will contribute to improving London’s air quality.”

Zipcar is calling for a five-point action plan to be implemented by the Mayor with borough support to ensure the growth of car clubs in London:

Car clubs across Scotland have now completed over 240,000 miles in electric vehicles (EV), according to latest figures by Transport Scotland.

TfL has partnered with London councils and The Met to commit to tougher measures to eliminate death and serious injury from London’s roads by 2041.