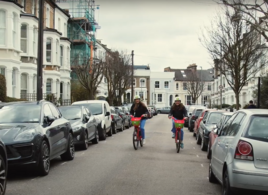 Lime, the micromobility company, is planning to invest £20 million in the London market over the next 18 months after reaching nearly five million rental e-bike rides.

Over 8m miles have been covered in London since Lime launched its e-bike rental scheme at the end of 2018, with 2.4m in 2021 alone.

While nation-wide lockdowns caused small dips in usage as a result of ‘stay home’ instructions in 2020, figures surged last year despite the total number of Lime’s e-bikes available for hire remaining constant.

Alan Clarke, senior director of policy for Lime UK&I, said: “After the worst of the pandemic was over and strict lockdowns lifted, a flurry of Londoners turned to our e-bikes as an easy, open-air and socially distanced means of transport.

“Many haven’t looked back. From popping to the shops or meeting with friends in parks - and increasingly the return of the commute - ditching cars for e-bikes and e-scooters when taking short trips has offered people a safe, affordable and sustainable means of transport.

“With our e-bikes popularity now significantly superseding pre-Covid levels, it’s clear that what we’re seeing is just the start of an exciting behaviour change in London as we look to reduce carbon emissions and live our lives more sustainably.”

The £20m investment will come in the form of growing Lime's e-bike scheme, but also includes the roll-out of its latest Gen4.1 e-scooters under the Government-backed trial with Transport for London (TfL), which launched just before the end of 2021.

Lime said another factor contributing to the increased e-bike usage is improved infrastructure.

Camden Council experienced a significant rise in the use of Lime’s e-bikes in 2021 following the launch of several cycle improvement schemes which formed part of the Council’s broader Covid-19 Safer Travel Programme in 2020.

The schemes included the installation of trial cycle lanes on some of the Borough’s busiest roads, alongside other upgrades like junction improvements.

Meanwhile the Mayor of London announced last year that 260km of high-quality cycle routes had been delivered since May 2016, helping to make cycling in the Capital more accessible and safe for all.

In line with this, TfL figures showed record increases in the number of people cycling in 2021, with an increase of more than 200% on some weekends.

Clarke added: “Funds from the government to deliver not only cycle lanes, but low traffic neighbourhoods, can help continue to persuade more people out of cars and onto active and sustainable options.

“Figures are showing firsthand the positive impact that such infrastructure can have on cities.”

Lime will be awarding the rider of its five millionth e-bike journey in London with one year’s worth of free rides, with more details to be announced.

The report by Centre for London looks at how micromobility vehicles could help to reduce car use, cut carbon emissions, and improve air quality.

Dott increases micromobility trips by 130% across Europe in 2021

Dott has seen e-scooter and e-bike trips increase by 130% year-on-year across all its markets combined in Europe in 2021.

The Mayor of London is looking to introduce new charges that aim to deter vehicles from driving into and around Greater London.