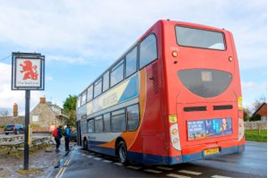 The National Audit Office (NAO) has said the Government needs to provide more clarity on its bus strategy as part of a study examining support for the sector.

The ‘Improving local bus services in England outside London’ report examines the effectiveness of Government’s support for buses, and the extent to which the enablers are in place for local authorities and operators to realise the long-term, sustained improvement that the Department for Transport (DfT) intends.

An excerpt from the report said: “The DfT collects data on buses and can show it has funded valuable improvements, but to date it has not sought to demonstrate how its actions have contributed to supporting optimal value for money across the bus system.

“If it is to work with and through others at central and local level, make informed choices about funding, and be able to adjust its plans to ensure it meets its objectives, it will need greater clarity on what it wants to achieve and how it will know when it has done so.”

The NAO did acknowledge in the report that during the Covid-19 pandemic, the DfT has come together with local authorities and operators, “intervening rapidly to target the weakest areas and keep buses running, which offers learning for the future”.

Alice Ridley, head of media and communications at Campaign for Better Transport, welcomed the new report.

Ridley said: “Through a national bus strategy, the Government should set out a positive vision for the future of bus travel.

“It should reform bus funding so that it is targeted at delivering specific benefits, such as connecting transport deserts, increasing passenger numbers, integrating buses with other transport and shifting to zero-carbon buses.

“And it should support local authorities by building their capacity and capability and ensuring adequate levels of long-term funding to improve certainty."

Funding reforms and better integration with other forms of transport will help to re-establish the importance of the Great British bus, says Darren Shirley.

Omnibus is launching new technology that will help bus operators share more data about their services with the public.