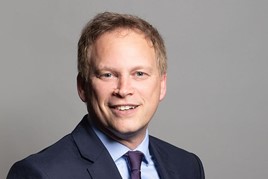 The Government has announced up to 500,000 more HGV driving tests will be made available each year to tackle the worldwide driver shortage.

HGV driving tests will be overhauled, meaning drivers will only need to take one test to drive both a rigid and articulated lorry, rather than having to take two separate tests, spaced three weeks apart.

The move will make around 20,000 more HGV driving tests available every year, the Government said.

Transport secretary Grant Shapps said: “The shortage of drivers is a global problem, but we’ve been taking action here in the UK to help industry leaders attract drivers and build a more resilient sector.

“We’ve already delivered 50% more tests than were available before the pandemic, but today’s additional measures will deliver up to 50,000 more a year, helping more and more people to kickstart their career as a well-paid HGV driver.”

Tests will also be made shorter by removing the ‘reversing exercise’ element – and for vehicles with trailers, the ‘uncoupling and recoupling’ exercise – and having it tested separately by a third party.

The Government said testing manoeuvres separately will free up examiner time, meaning they can carry out another full test every day.

A package of measures to help tackle the HGV driver shortage was also announced by the Government earlier this year.

The new legislation is changing previous EU regulations which the UK is no longer obliged to use.

The Government said the changes follow a public consultation which took place over the summer.

The standard of driving required to drive an HGV will not be affected, said the Government.

The driver shortage is a widespread problem affecting countries across Europe and the United States.

The Department for Transport (DfT) said it will work with other countries to ensure the new processes are clearly understood and to minimise the impact of any changes.

The summary of public feedback to the HGV Driver Testing Consultation can be found on the Gov.uk website.

Transport is on course for electrification, but there is a danger we are overlooking the skills needed to make the transition

A package of measures to help tackle the heavy goods vehicle (HGV) driver shortage has been announced by the Government.

The Society of Motor Manufacturers and Traders (SMMT) is urging government to develop a plan that facilitates the transition to zero emission HGVs.