Was this article useful?
11 people found this useful 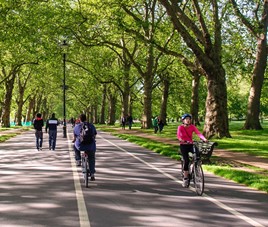 In 2017, the Government published the first statutory cycling and walking investment strategy (CWIS 1), which covered the period between 2016 and 2021.

However, minister for transport Chris Heaton-Harris, says that since CWIS 1 was published, the new £2 billion Gear Change funding had been announced in summer 2020.

Due to the COVID-19 pandemic, the multi-year Spending Review planned for autumn 2020 was also postponed.

Instead, as with most other budgets, a single-year settlement for cycling and walking reflecting the ambitions set out in gear change has been set for the year 2021 to 2022.

The Government will now set out plans for future years, including future funding for cycling and walking beyond 2021 to 2022, at the Spending Review later this year.

The second four-year statutory cycling and walking investment strategy (CWIS 2) will reflect the new policies in Gear Change and will also include a multi-year funding settlement.

The DfT confirmed it will consult on CWIS 2 with relevant stakeholders ahead of its publication later this year.

'Gear Change: A bold vision for cycling and walking' sets out the Department for Transport's plans to revolutionise active travel.

A Department for Transport study has shown that of those that walked or cycled more during the Covid-19 lockdown, 94% are likely to continue.

Walking has seen a 20% increase across the UK, according to a one year review of travel adaptation due to the Covid-19 pandemic.