DfT reviewing Transport for London future structure due to Covid-19 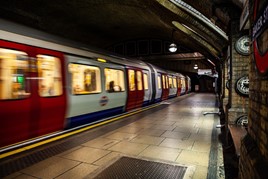 The Department for Transport (DfT) is currently reviewing the future financial position and structure of Transport for London due to pressure from Covid-19.

The DfT said the pandemic has had an “unprecedented impact on TfL’s revenue and financial position” and patronage dropped by as much as 95% during some stages of the UK lockdown.

The three stage review has been agreed with Mayor of London Sadiq Khan and the DfT is looking at options to “strengthen TfL’s future sustainability”.

The review will look at TfL’s current operating model and "whether there are any opportunities that alternative operating models could bring over the longer term, including consideration of structures and a change in governance".

The Government stepped in with a £1.6 billion support package in May in order to maintain public transport services in the capital.

TfL has published its own revised budget for 2020/21 to ensure services can continue to support London's recovery and will allow for completion of critical infrastructure projects.

During the last four years TfL had made almost £1bn of savings across the organisation and had built up cash reserves of more than £2bn.

As recently as March 2020, TfL was on track to reduce its like-for-like operating deficit for the fourth consecutive year, with a firm plan to turn this into an operating surplus during 2022/23.

However, following the 2015 Government Spending Review TfL no longer receives a Government Operating Grant, and around 70% of TfL's income to operate the network comes from fares.

The DfT said its review will be completed as soon as the end of August.

Andy Byford, London's transport commissioner, said: "Prudent financial management had placed TfL on the cusp of breaking even for the first time in its history and with strong financial reserves.

"However, the pandemic revealed that the current funding model, with its unusually heavy reliance on fare revenue, simply doesn't work when faced with such a shock.

"Our revised budget looks to keep our services running safely, while we do what we can to continue the vital capital investment which will help London recover from the pandemic.

"Inevitably, very difficult choices have had to be made about the pace at which projects can be funded and completed. In the current climate, some projects will have to be paused. We have a real chance, through our supply chain, to support jobs across the UK and help the country recover from the pandemic through a wide range of 'shovel ready' projects that support economic growth and build the green economy."

The UK Government has stepped in with a £1.6 support package to ensure Transport for London can maintain public transport services in the Capital.

Transport for London (TfL) has restarted a phased introduction of construction projects including work on a Bank Station capacity upgrade, the Northern Line extension and the transformation of Old Street Roundabout.