Car dependency can and must be tackled to reduce carbon emissions, claims new report 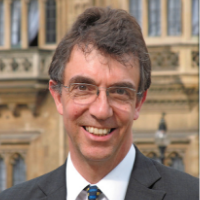 A new report from the University of Hertfordshire spotlights several schemes that could make an immediate impact to reduce car dependancy outside of cities.

Led by Smart Transport chair Professor Stephen Joseph, The Future of Transport Outside Cities report highlights how cities dominate research and policy discussions about transport, even though ‘Shire’ counties are responsible for 74% of the UK’s transport emissions.

Despite a reduction in car use during the pandemic, the transport sector remained the largest emitter of carbon emissions in 2020 (at 29.8%). Therefore, transport is key to any strategy aiming to combat climate change.

In many ‘Shire’ counties – which are often made-up of market towns, small villages and in some cases the edges of cities – rural bus services have been cut drastically, leaving few alternatives to private car use.

As a result, these areas see large numbers of single-occupancy car journeys, which leads to high transport carbon emissions per head.

In addition to high carbon emissions and car dependency, rural areas also face congestion in towns and social isolation for those without car access.

The report summarises the findings of 12 roundtable discussions led by the University of Hertfordshire’s Smart Mobility Unit last year.

Over 180 people took part from a range of sectors, including national and local government, the transport sector, business, academia, and non-governmental organisations.

The aim was to address and find solutions to transport issues in rural parts of the country. They highlighted several areas where more government support and funding are needed, and showcased initiatives from across the country that could provide immediate solutions, including:

Professor Stephen Joseph, Visiting Professor of Sustainable Transport and the main author of the report, said: “There is a tendency to think that people outside cities have to drive everywhere, but this leads to high emissions, gridlocked roads, and is isolating for those without their own vehicles.

"This report concludes that car dependency isn’t inevitable and highlights ways this can be reduced in rural areas. Tackling car dependency will have a big impact on climate change."

Joseph said some of the solutions will require long-term planning and investment and urges the Government to support the schemes.

However, he also highlighted there are other, short-term initiatives – including e-bike hire schemes – that could be adopted by local authorities now that could make an immediate impact to rural communities.

He added: “The government should use their forthcoming Rural Mobility Strategy to better support transport services outside cities, and give councils and communities in those areas more help and funding.”

The report also emphasises the need to involve and consult the public when making decisions on local transport provision, particularly after Low Traffic Neighbourhoods were introduced in parts of London at short notice, leading to some backlash from residents.

It also highlights the importance of considering sustainable transport when building new housing, rather than contributing to car dependence.

The challenge of future carbon and emissions reduction for rural communities

CILT's latest report states that rural communities may be left behind by current plans to reach net zero by 2050.

DfT publishes findings from consultation on future of rural transport

The Department for Transport (DfT) has published the findings from its Future of Transport: rural strategy consultation.