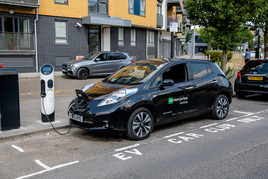 A new study has found that car club members are more likely to take up walking and cycling.

Enterprise Car Club found that members are increasingly likely to use active travel with 30% reducing their journeys in a private car, 18% walking more, which is higher than the national average, and 10% cycling more often.

And the survey found that a third of car owners have got rid of at least one vehicle since joining a car club and that more than two-thirds (68%) of those disposed cars were at least five years old.

The study of more 4,000 Enterprise Car Club members across the UK, carried out by shared transport charity CoMoUK, showed that half (51%) of car club users also own a vehicle - but that car club membership gave them access to a range of vehicles to fit different needs, such as a one-off need for a van to move furniture.

It highlighted that a quarter (25%) of car club members had already tried an EV and nearly eight out of ten (78%) were happy with the driving and charging experience.

“It could be a very useful ally for those local authorities introducing low-emission or clean air zones, especially as renting from a car club is also a cost-effective and convenient way for people to try out EV motoring.”

Gursel adds that car clubs also allow people who can’t afford to buy or lease a new electric car to drive one and also give people who aren’t sure if an EV will suit their lifestyle the opportunity to try one.