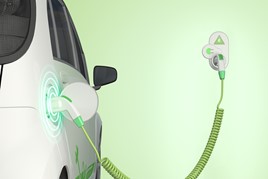 The G7 group of nations have said they will “accelerate the transition away from new sales of diesel and petrol cars to promote the uptake of zero emission vehicles”.

The UK, which recently hosted the G7’s annual summit in Carbis Bay, Cornwall, has already brought forward its ban on the sale of conventional internal combustion engine (ICE) cars and vans from 2040 to 2030, with hybrids set to be phased out by 2035.

The other G7 leaders – Germany, Italy, Canada, France, Japan and the United States – could now follow suit, although no phase out dates were announced at the summit.

However, Prime Minister Boris Johnson was criticised for taking a private plane to the summit in Cornwall instead of travelling by train.

In response, he said: “If you attack my arrival by plane, I respectfully point out that the UK is actually in the lead in developing sustainable aviation fuel.

"One of the points in the 10-point plan of our green industrial revolution is to get to jet zero as well as net zero."

Government sets out commitments to biodiversity

The countries agreed a shared G7 Nature Compact – an agreement to address international and interlinked challenges of biodiversity loss and climate change.

Through the Compact, the UK Government said it is committing to supporting the global consensus and to taking ‘bold action’ for delivery of ‘ambitious’ outcomes for nature in 2021 at the Convention on Biological Diversity (CBD) COP15 in Kunming and United Nations Framework Convention on Climate Change (UNFCCC) COP26 in Glasgow.

Environment secretary, George Eustice said: “For the first time, the G7 has committed to halting and reversing the loss of biodiversity in the next decade.

“This is a major step forward on the path to CBD COP15 and COP26 and is a sign of the dedication to accelerate action within the G7 - and beyond - to tackle the interdependent crises of climate change and biodiversity loss.

“We have seen major progress this weekend and we welcome the collaboration between global leaders to raise our ambition and remain accountable in this critical decade."

Government said the compact’s commitments will be embedded in national plans ‘as appropriate’, ‘raising ambition wherever possible’, and the G7 will hold themselves to account for ‘delivering action integrated with that to support climate change mitigation and adaptation’.

Through existing G7 mechanisms, including at the G7 Leaders’ Summit in five years, the G7 countries will review options to ensure delivery of the vision for 2030, said the Government.

During his speech at the G7 Summit, Boris Johnson said world leaders pledged over 1 billion doses - either directly or through funding to COVAX – that includes 100 million from the UK, to the world’s poorest countries – describing it as "another big step towards vaccinating the world".

Johnson said: "We looked towards the great global recovery our countries have committed to lead, and we were clear that we all need to build back better in a way that delivers for all our people and for the people of the world.

"And that means preventing a pandemic like this from ever happening again, apart from anything else by establishing a global pandemic radar which will spot new diseases before they get the chance to spread.

Read Boris Johnson's full speech at the G7 Summit on the gov.uk website.