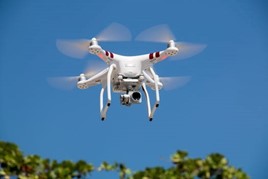 The use of air drones is expected to ‘rapidly accelerate’ thanks to new safety standards published by the International Organisation for Standardisation (ISO).

The standards focus on air safety as well as seeking to address public concerns surrounding privacy and data protection.

They stipulate that the fail-safe of human intervention is required for all drone flights, including autonomous operations, to ensure that drone operators are held accountable. Operators must also have appropriate systems to handle data, and must keep hardware and software up to date.

Further standards on product manufacture will be introduced next year.

Together, these standards are expected to trigger rapid acceleration in the use of air drones, according to the ISO. This could bring a number of benefits to the transport sector, including reducing road traffic and easing congestion, potentially fewer road traffic incidents and less air pollution in cities.

There are significant cost savings from the use of air drones too, according to analysts at Barclays. They estimate that the global commercial drone market will grow from $4 billion (£3bn) in 2018 to $40bn (£30bn) in five years and that the use of drones will result in cost savings of some $100bn (£76bn).

Robert Garbett, convenor of the ISO working group responsible for global air drone operational standards, chairman of the BSI committee for UK drone standards and founder of Drone Major Group, said: "The standards will deliver a new confidence among investors in the safety, security and compliance of commercial drone operations, which, together with the product manufacture and maintenance standards, is expected in turn to facilitate a massive expansion in the availability and use of drone technology in the years to come.”

He added: “Drones are a transformative global phenomenon, offering an unprecedented economic opportunity for those businesses and countries with the foresight to embrace this technology. My own conversations with Government, businesses and other stakeholders have shown that the new standards will be enthusiastically welcomed and will empower organisations to discover how they can use drone technology to enhance their competitive position, adding value and creating growth and jobs.”

However, there are still a number of concerns which need to be addressed, according to a recent poll by the Institution of Mechanical Engineers.