How roads can be put to better use 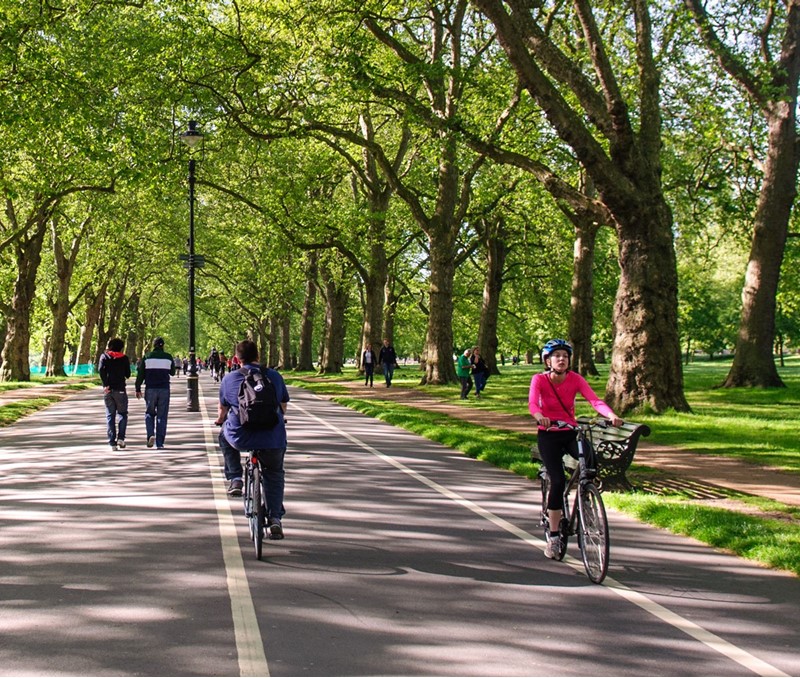 The Government’s ‘avoid public transport’ advice prompted a large spike in cycling and walking and the reduction in car use and public transport journeys during lockdown has encouraged many councils to consider permanent or temporary reallocation of road space, writes Beate Kubitz

To say the coronavirus pandemic has had profound consequences is an understatement.

Perhaps none of us could have anticipated quite how much and how quickly it has reshaped the way we travel.

At the same time as NHS workers were dealing with the health emergency, the non-medical interventions to reduce Covid-19’s health impacts were, basically, to prevent contagion by staying at home, distancing people and reducing the time they spend in proximity to each other.

The initial impact of ‘stay home, save lives’ on transport was to reduce the need for travel dramatically.

There was an almost unimaginable decline in trips as people locked down in their homes in March – with a strong upsurge in people walking and cycling locally for daily exercise.

While patterns have evolved through May and June as some people have returned to work and businesses have reopened, travel demand is still reduced.

Many people continue to work from home, fewer children attend school and the requirements of limiting contact has also deeply affected those journeys we are making.

Walking, cycling are the advised means of transport followed by driving – with people recommended to avoid public transport where possible.

The impact of this has been unprecedented.

The Department for Transport (DfT) has noted record levels of bicycle use – peaking at a 250% increase in early June.

The spontaneous rise in walking and cycling at the outset of lockdown was rapidly met with supportive measures from several local authorities.

High profile road closures, such as Deansgate in Manchester, signalled that authorities were enthusiastic about creating more space for people to walk and ride bikes.

Images of closed roads, pop-up bike lanes, widened pavements and pedestrianised streets to allow people to queue in a socially distanced manner and pass each other with two metres’ clearance have been shared across the internet.

As the realisation has sunk in that recommending people avoid public transport had the potential to switch those beginning to return to work to cars – and, thereby, create chaotic traffic situations – active travel has climbed the agenda at national level.

By May 12, the DfT announced a £250 million fund to provide more space for walking and cycling.

AECOM is working collaboratively with a number of local authorities in the design and implementation of ‘pop-up’ infrastructure to reallocate road space for pedestrians and cyclists. Clients include the city councils of Newcastle, Liverpool, Salford, Dublin and East Renfrewshire Council and Transport for London (TfL).

Active travel has been catapulted up the agenda, this opportunity for a paradigm shift is not to be missed.

Most popular articles in Active Travel