Public transport: What does the future hold? 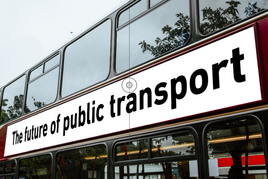 Suppose someone in the depths of the Treasury were to extract their calculator and punch in some numbers that showed reliable access to affordable public transport gave an overall saving because, for example, it allows older people to live independently for longer?

Then suppose that, on that basis, bus services were showered with money because doing so meant an overall saving, given the consequent reduced spending on health and social care.

And then suppose that same someone in the Treasury reasoned they might try such an approach now, since the pandemic has seen bus and rail operators put largely on public sector financial life support through slumping ridership.

Now wake up. Public sector budgets remain obstinately in silos and rarely recognise that increased spending in one department gives a saving in a second that, overall, is better value for money.