Decarbonisation: It's time to deliver 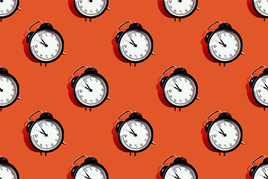 Greenhouse gases emitted today will still be in the atmosphere in the year 2050, which is why reducing emissions now is so critical. By 2050, the cumulative impact of doing nothing for another five or 10 years makes the task of hitting net zero obligations so much harder. Waiting for a technological silver bullet to solve the climate crisis means that bullet needs to be a whole lot bigger and much faster.

University College London (UCL) emeritus professor of transport policy Phil Goodwin explains: “It’s the stock of greenhouse gases in the atmosphere, not the annual flow of new emissions that determines the average temperature. Their atmospheric lifetime is very long. Therefore, each tonne of carbon emitted this year does 29 years of damage by 2050. Making early reductions is much better than making late ones.”

And, says Goodwin, regardless of current projections, decarbonisation roadmaps and emissions trajectories, the future, inevitably, contains less traffic. In a widely acclaimed presentation to the Smart Transport Conference in London last November, Goodwin said the options were stark.

“There are many scenarios out there, but only two futures,” says Goodwin. “The first is runaway climate change as a consequence of doing nothing. This will result in reduced standards of living as more and more is spent on mitigating the increasingly serious impact of rising sea levels, flooding, population displacement and food supply issues.

Decarbonisation of transport: options and challenges

This EASAC report looks at the challenges facing decarbonisation across the EU and how government policy will be key to driving behaviour change.

Decarbonisation plans under the spotlight at Smart Transport Conference

The Climate Change Committee will look at whether the Government is taking action quickly enough to meet its climate commitments.

Transport for the North (TfN) has launched its new strategy that outlines its targets of near-zero carbon emissions from transport by 2045.