Do autonomous vehicles really hold the key to future travel? 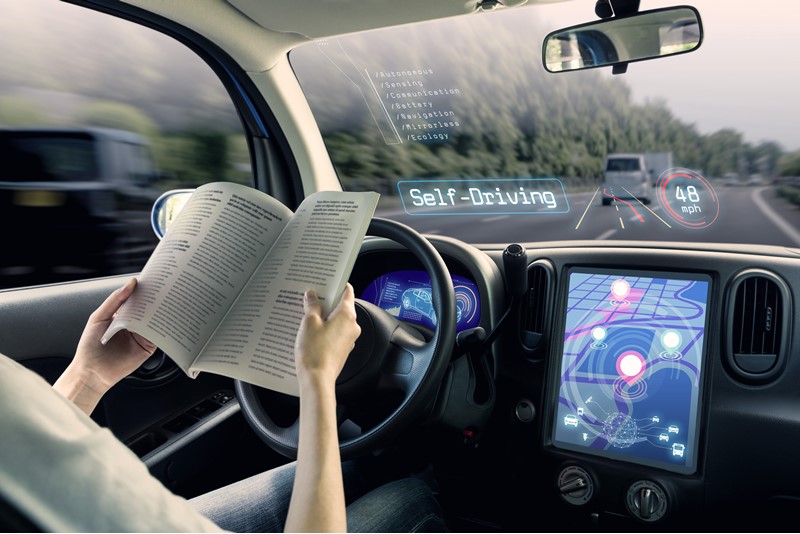 The development of driverless/autonomous vehicles is a veritable rocky road. Christian Wolmar dissects hype from reality by assessing the claimed benefits

The driverless car revolution is upon us.

That has been the opening of almost every article in the mainstream press about autonomous vehicles (AVs) for several years.

Yet there is no sign of driverless cars being widely available any time soon.

Still, the predictions come thick and fast and, recently, there have been even more confident claims.

In 2018, Rethinkx, ‘a team of technology, finance and market sector experts’, made this jaw-dropping claim: “95% of US passenger miles travelled will be served by on-demand autonomous electric vehicles owned by companies providing Transport as a Service.

"As fewer cars travel more miles, the number of passenger vehicles on American roads will drop from 247 million in 2020 to 44 million in 2030.”

Bu the predictions are not borne out by any evidence that they can be realised in the timescales they suggest.

The benefits – are they real?

There is much talk about the industry being worth tens of billions of pounds within a decade.

Broadly, supporters argue that AVs will greatly reduce the death toll on the roads, cut congestion by reducing the number of cars on the road and, by increasing road capacity, reduce the cost of motoring and improve employee productivity.

They will also remove the need for city/town centre car parks, freeing up valuable space for other purposes.

Some even suggest it will be possible to green over some roads as there will no longer be a need to own vehicles individually.

The biggest claim is over safety.

It is argued that 94% of accidents are caused by drivers.

But while mistakes by drivers are indeed a major contributing factor to accidents, putting all the blame on them in such a high proportion of accidents is misleading.

In particular, the design and layout of roads, especially at junctions, is often a major contributory cause as are other external factors.

Nevertheless, autonomous vehicles seek to prevent these incidents; they will be connected, communicating with each other and with the road infrastructure to warn and alert each other about risks that could never be seen or predicted by a driver.

Driverless cars are not running in real-life situations. They do not operate in dust storms, heavy rain, snow or in situations where road markings are not visible.

And in the fact that software faults – some estimates suggest there is one for every 100 lines of coding – are likely to emerge.

Driverless cars will have to be programmed not to kill people!

If someone stands in front of them, they will have to stop. Their range can be altered – say 5ft or 10ft – but not the fact that they cannot be allowed to hit someone knowingly.

This also creates a security issue.

A driverless car can be stopped by anyone walking in front of it.

That means they will not be used by anyone concerned about personal security as a would-be attacker simply has to step out in front of the car to confront their victim.

Given the sums of money being spent, there will undoubtedly be useful innovations coming from the research.

However, even supporters accept that the widespread introduction of AVs remains a far off prospect and may, indeed, never happen.

Read the full article on Do autonomous vehicles really hold the key to future travel? from the Smart Transport Journal

Most popular articles in Autonomous transport