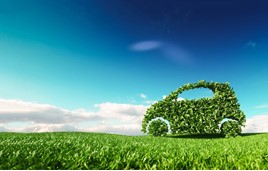 A rapid transition to electric vehicles is seen as a cornerstone of the UK’s strategy to meet C02 reduction targets mandated by the Climate Change Act. But what additional practical steps can local authorities and their private sector partners take to decarbonise urban transport, asks Mark Sutcliffe

Following the Intergovernmental Panel on Climate Change’s repeated warnings about the need to reduce CO2 emissions much more quickly than previously anticipated in October 2018, there is a renewed sense of urgency – some would describe it as an emergency – among the Government and local authorities.

Transport is the single largest source of greenhouse gas emissions in the UK, accounting for 27% of domestic emissions. 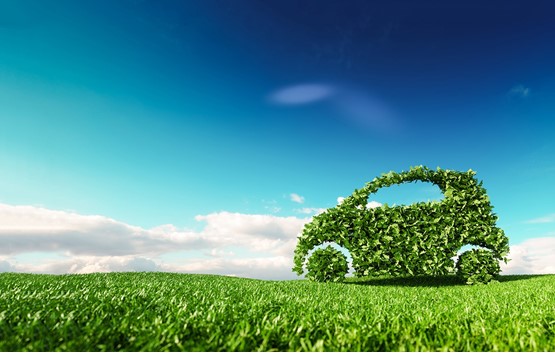 Simon Roberts, chief executive of the Centre for Sustainable Energy explains the renewed sense of urgency in decarbonising urban transport: “The problem is not that we are unfamiliar with the actions which need to be taken to cut emissions. The problem is that the individuals, communities, businesses and organisations are not yet doing these actions in sufficient quantities to cut emissions fast enough.

“We need to scale up, speed up and start up the things we know need to happen and know how to do. And to give up doing things which are incompatible with the local area becoming carbon neutral.”

Ten UK mayoral combined authorities and city regions have been shortlisted for £840 million of Government investment under the Transforming Cities Fund, and the focus is shifting from trials and testing to delivery.

Local authorities and especially the new city- and region-focused transport agencies such as Transport for London and Transport for West Midlands are increasingly expected to take the lead in decarbonising public transport, building active transport infrastructure and discouraging the use of internal combustion engine vehicles within the urban environment.

And while the accelerating shift to electric vehicles (EVs) will go some way to reducing transport’s carbon footprint, the more widespread uptake of EVs will only get us part of the way there.

According to Transport for Quality of Life, the scale and speed of carbon reduction needed by 2030 cannot be solved be switching to electric vehicles alone and must be accompanied by a sustained programme of demand management.

TfQL further says decarbonising transport requires not only a switch to cleaner vehicles, but fewer vehicles on the roads, which will lead to additional health and economic benefits such as improved air quality, safer roads, a healthier population and happier drivers.

TfQL adds: “Even if all new cars are ULEVs by 2030, transport emissions are still likely to exceed what is needed to meet existing targets. If the transition is slower than this, more action will be required in other areas – for example, substantial reductions in traffic.

“We suggest that the government needs to investigate policy options for traffic reduction in the order of 20-60 per cent between now and 2030.”

In its Climate and Energy long term policy framework, the European Commission makes it clear that electrification will not be the single ‘silver bullet’ for all transport modes:  “With 75 per cent of our population living in urban areas, city planning, safe cycling and walking paths, clean local public transport and mobility as a service, including the advent of car and bike sharing services, will alter mobility. Behavioural changes by individuals and companies must underpin this evolution.”

Over the long term, the shift to zero carbon urban transport has huge implications for urban planning. Cities of the future may exclude all but essential vehicles from their centres so that humans can reclaim the heart of the city for work, accommodation and recreation.

This implies a more joined up approach to urban planning in which transport, housing, economic development, licensing and environmental services work more closely to achieve truly integrated solutions to getting goods and people into and around urban centres.

Data-driven behavioural insights combined with the connectivity built into next generation real time geolocation APIs such as Mapbox are likely to drive a revolution in shared transport services over the next decade, but as with any cultural shift, it will take time for commuters to feel comfortable with adopting new modes of shared mobility such as car-sharing or responsive bus-taxi hybrids.

In the shorter term, a whole spectrum of more rapidly implementable measures are under consideration in cities across the UK and further afield.