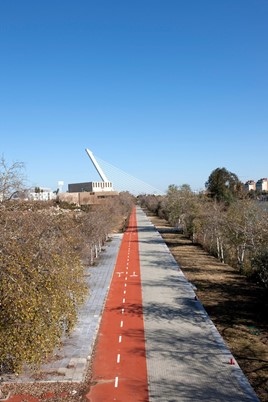 In smaller towns there will be radial routes into the centre, including from surrounding villages, and also quiet residential streets linking, i.e. schools, public transport.

Out of town routes can also be leisure and tourism routes, which means funding may be available from different governmental sources.

“If you want to demonstrate value for money, when you’re spending on cycling as a relatively new thing, then you do need to plant the seed in the areas where the soil is already reasonably fertile,” he says.

It needs to then spread out to other neighbourhoods. Not everywhere will deliver great returns at first, but a network has to start somewhere.

In Manchester, they started with crossings, which are fairly uncontroversial, and easy for people to understand a need for.

Brian Deegan believes filtered neighbourhoods have to come from the communities; however, they have to say they want it.

To deliver quickly, Geffen recommends using bollards, i.e. flexible wands, rather than kerbs. It’s cheaper, quicker, you get more mileage for your money, and you’ve got flexibility to widen the cycle facilities as cycling numbers grow.

Moving drainage is the most expensive bit, and flexible wands, which offer “90% of the protection for cyclists and would-be cyclists, for a fraction of the cost”, mean drainage stays put. More permanent infrastructure, with good design standards, can follow.