What is the future for public mass transit services? 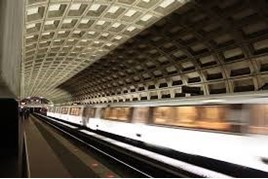 Today’s traveller demands convenience, accessibility and control at a low cost. Digital interfaces and new micro-vehicles from e-bikes to kick scooters are in the ascendant.

Set aside the hype, however, and there’s a basic element these innovations depend on: “There is a symbiotic relationship between public and shared transport. Making the shift to car club membership means reducing car use – and to make the sums add up, it requires reliable and extensive public trans-port to replace core car trips such as commuting,” says Antonia Roberts, deputy chief executive of shared transport organisation CoMoUK. “Similarly, bike share thrives where there are clusters of people able to ride core routes, often typically last mile trips after a public transport journey.”

In CoMoUK’s latest bike share survey, 19% of respondents used bike share in conjunction with the bus and 28% with the train. “At the same time, public transport relies on shared transport to fill the gaps and offer the flexibility that enables drivers to switch to a low-car lifestyle,” adds Roberts. “If we are ever to make a success of digitally integrated transport travel packages, there must be partnerships with shared mobility to ensure convenience and flexibility that competes with private car use.” New mobility depends for its success on a core of public mass transport.

How efficient is public transport?

From the point of view of cities trying to maximise their land use, mass transit enables huge numbers of people to be moved in relatively small spaces, far more than cars. While a 3.5m-wide lane can carry 1,500-2,000 people in cars per hour, in buses this jumps to a potential 5,000, rising to 9,000 with segregated bus lanes. With fixed rails, this increases several-fold: light rail/trams can take 18,000-20,000 people in the same space and time. Trains between 40,000-90,000 people per hour. By comparison, active travel sits between the two: a 3.5m lane can take up to 12,000 people on bikes or 15,000 pedestrians per hour (although the distances travelled are much shorter). It is both mathematically and experientially the case that using urban space for public transport enables tight urban cores and centres of dense social, cultural and economic activity.

However, the wider context is that UK households spend roughly 80% of transport outgoings on privately-owned cars and just 20% on public transport. The vast majority of journeys are made by car. Public transport in the UK is largely commercially provided, but it still attracts large public subsidies which mean that its value is continually questioned.

A quirk of the system is that, despite subsidies (apart from London), local and national government have limited powers to specify which areas are served and how – particularly by buses. Transport policy has started to recognise that it is essential to reduce reliance on private cars to reverse their environmental, revisiting the provision of mass transport will be key.

While it may seem obvious that both origin and destination must be served for a journey to be possible, this is often forgotten when it comes to providing public transport. Read the full article: What is future the for public mass transit services? (PDF), taken from the Smart Transport Journal.