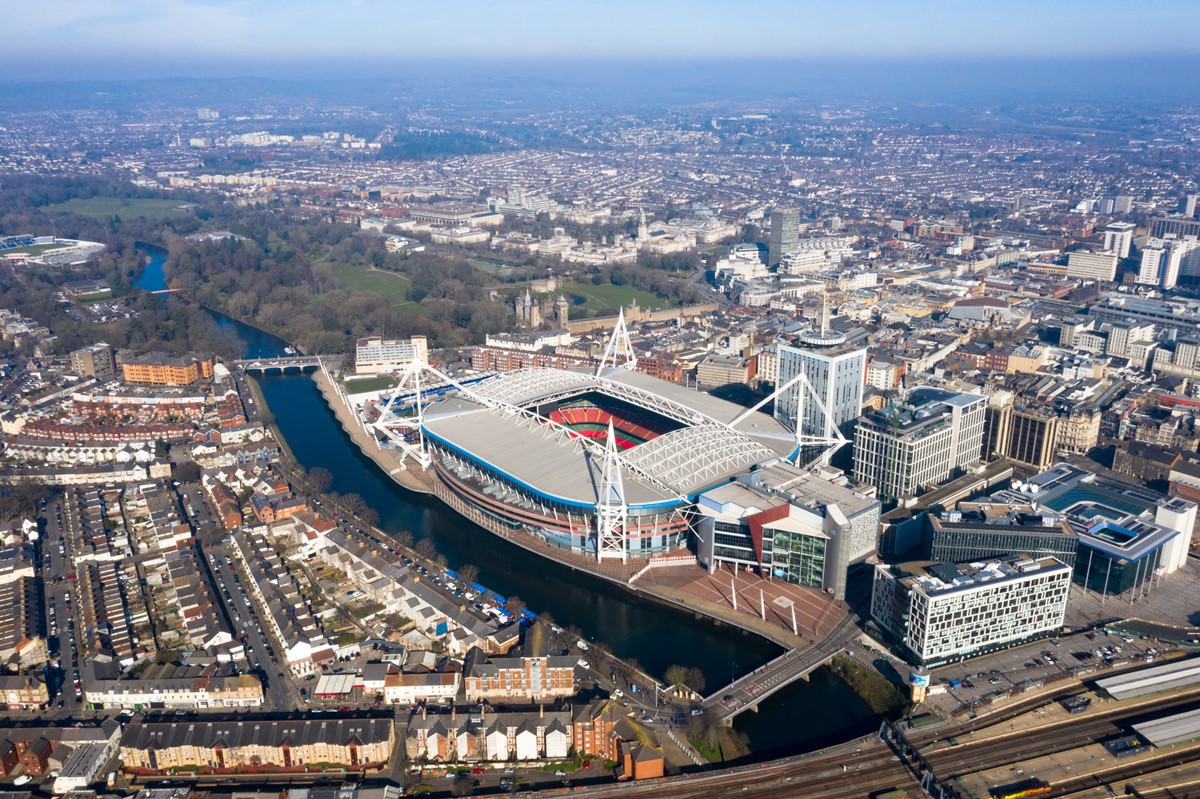 A little more than 100 miles of track will be electrified: as it is the central part of a plan to rejuvenate the Valley Lines around Cardiff.

Transport for Wales (TfW) is less than two years into a 15-year project that will see more than £5 billion invested, with KeolisAmey holding the franchise.

As part of the £800 million spend on rolling stock, Stadler will provide a fleet of 36 three-car tram-trains for the Treherbert, Merthyr and Aberdare lines from 2022.

The Class 398s will run mostly on railways, but also on a short section of street tramway in central Cardiff and will be wired-electric and battery-electric powered.

They will return on-street running to Cardiff for the first time in 70 years.

They will run in battery mode for a section of 300 yards to a new station opposite the Wales Millennium Centre in Cardiff Bay, known as the Flourish.

“Some of the designs have evolved. That was always the process. They will get pinned down now as we move to a construction phase over the next year.”

Alexia Course, director of rail operations at TfW, says: “The on-street running is for 1.5km at the end of the line.

"So, mostly, the tram-trains will operate as trains. But we are building for the future and if there is funding for more street running, then the vehicles are capable of being more tram than train as well.

"We would have to build platforms on the streets, because level access is important.”

Stadler’s Ralf Warwel says: “The vehicles will be at home in both worlds. It is only partially a city service.

"The train-tram has all the features that a tram would have: front lights, rear lights, brake lights, indicators. There is higher crash resistance than a tram. They will have batteries on board to bridge the gaps for the intermittent electrification.”

The tram-trains will be branded as Metro.

Altogether there will be more than 600 new TfW jobs, including 200 on-train customer service staff. The current staff total is around 2,000.