With car ownership on the decline, what does the future hold for personal mobility? 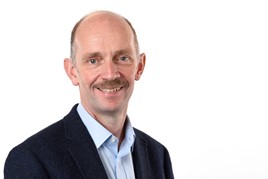 The world of mobility is rapidly evolving.

Increasingly stringent environmental legislation has led to manufacturers designing and developing more sustainable and eco-friendly vehicles, while a change in consumer demand has sparked a shift in the way vehicle ownership is viewed and offered.

Those who can do without personally owned modes of transport, especially those living in urban areas, are now moving towards Mobility-as-a-Service (MaaS) over traditional ownership.

The trend of integrating various forms of transport into a single, on-demand mobility service is expected to gather momentum over the coming years, as the urban population across the world continues to grow on an exponential scale.

Indeed, UNICEF has predicted that by 2030, places like the US, Mexico, Canada, the UK and Spain will all have populations with over 80% in urban centres.

These changes are having a profound impact on the automotive industry, with car customers now demanding far greater levels of flexibility and convenience.

As a result, we are seeing a significant rise in popularity for Cars-as-a-Service, where drivers can gain immediate access to a vehicle on demand without the need for outright ownership.

Cars as a status symbol

Traditionally, cars have been a symbol of freedom and independence, and acted as a social enabler for younger generations.

Just 20 years later, that proportion had dropped to 29%.

As today’s younger generations grow into adults, it’s unclear whether the need for independent mobility will shift further into life, or whether new digital solutions will arise and make personally owned modes of transport unnecessary.

The need to physically move people from A to B will never go away, but the expectation that the most efficient way to serve that need is to own one car per person may be a thing of the past.

Car in the cloud

This isn’t alien territory for today’s consumers; many of them will already use online streaming services like Spotify and Netflix, which base their business models around experience rather than the accumulation of stuff.

For urban dwellers, there are services which currently offer timeshare ownership of a car, but these don’t solve some of the pains of motoring such as urban parking, congestion or the need to drive the car.

However, vehicle manufacturers and increasingly tech companies are looking at developing possible solutions.

Going forward, in more urban areas, people who choose not to own a car will still have access to personal mobility through ‘cloud ownership’, where a car is available on demand.

Through interaction with devices and personal data stored in a cloud, these cars will demonstrate a level of personalisation which sits somewhere between the concept of a taxi and a privately owner car.

However, this does not mean that private car ownership is going away – certainly not in rural areas.

Instead, manufacturers will leverage new technologies to make the ownership experience more personal and customer-centric than ever before.

One innovative form of transportation that has been put forward as a vehicle of the future is the self-driving personal mobility pod, which uses its own segregated road network.

These vehicles wouldn’t necessarily be owned by a single user; larger, more traditional manufacturers are said to be looking at developing versions of this technology which will exhibit swarming behaviours.

Other projects envisage “platoons” of vehicles on motorways.

These would be driven automatically by a professional driver in a lead vehicle.

The cars in the platoon are able to drive with reduced space between them, improving aerodynamic efficiency and reclaiming space. Beyond this semi-autonomy, entirely self-driving cars are being developed by a range of manufacturers across the industry.

What does this mean for leasing?

The car share model presents a major opportunity for future mobility solutions. For customers who currently have a leased car but feel that their limited usage means that it’s not cost-effective, there’s the option to allow others to use the vehicle and generate an income that would offset some of their costs.

For those who own a car but have limited usage, or those without access to personal transport, there will be a growing number of mobility models to take advantage of.

All of this will give drivers and fleets far greater flexibility, while challenging many car owners to consider how to transition to more environmentally friendly modes of transport such as EVs.

At the same time, new attitudes towards non-traditional ownership of, and access to, vehicles looks set to open up a third option beyond purchase and leasing.

It should be the leasing company’s role not just to provide cars, but to discover and even develop all the services that modern organisations need – and make them easily available.

The ability to get from A to B remains vital to today’s society.

It allows for personal choice, freedom and access to opportunities, as well as providing people with a means to connect with the physical world around them.

However, mobility is also one of our greatest expenses, with the average UK employee spending £146 on their monthly commute.

So, by exploring new technologies within the automotive industry, we can find convenient new options for travel, enabling huge cost savings for the individual, and paving the way towards a greener and healthier future.

Opinion: The power of logic mapping

Decision-making through Covid-19 uncertainty needs an understanding that there are many possible versions of the future, says Peter Wright of AECOM

Opinion: Not everything in garden communities is rosy

Garden communities should be self-sufficient and based around sustainable transport modes. But are they heading in the wrong direction? asks Jenny Raggett