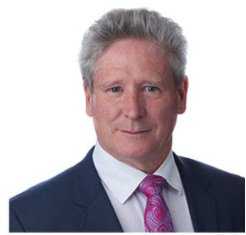 With electric vehicles (EV) set to become dominant in the future everyone is going to want to charge them up overnight.

At the moment night-time is seen as a ‘green’ phase of electrical demand, one that is easily managed.

But with hundreds of thousands of vehicles of all sizes eventually being plugged in, night time is set to swing into a high demand ‘red’ phase on the electricity network. The question is: ‘How do we rebalance the grid to cope with this spike in demand?’”

I'm confident that if society is flexible enough to adopt new charging practices and technology, the UK will escape the black outs and brown outs experienced by other countries.

Of course, new power generation is part of the answer – especially renewable power, but there are lots of exciting ways to use the electricity we have in more creative ways to benefit society at large.

For example, when railway station car parks are filled with commuters’ electric cars, why not harness the latent energy in all those fully charged batteries? Rather than them sitting idle all day, we could connect to them and harvest the energy stored in this giant collective battery to power the station, or part of the rail network – and the motorists would receive a benefit for allowing this to happen. (E.g. free parking.) This isn’t pie in the sky – Network Rail looked at car-to-grid charging in its car parks several years ago, but it wasn’t economic then – but with electric car take-up accelerating its time may yet come.

Now is one of the most exciting times in the history of electrical infrastructure. We have distribution network operators feeding power into houses and businesses, but with increasing adoption of photovoltaic panels on roofs and power banks (like Tesla’s Powerwall systems), homes and businesses are increasingly generating their own electricity – with any excess power being fed back into the grid to help manage demand on the network.

While the contribution of domestic solar panels is modest, larger companies might soon become more substantial energy providers in their own right.

Those same companies could also play a part in sharing available power.

A factory may have an agreement with the DNO (Distribution Network Operator) to be provided with five MVA (million-volt amps) – but not need all that power all of the time. If another factory opened up next door and also needed 5 MVA, but the DNO was unable to provide that without a major upgrade to the network, the first company could share some of that capacity at non-peak times.

Especially if it had its own photovoltaic cells and battery storage. This ‘flexicity’ would manage electrical flows and take a lot of pressure off the grid at times of high demand or disruption.

Vattenfall is active in upgrading industrial electrical infrastructure in Sweden, Denmark, the Netherlands, Norway – and now the UK. The company has already invested over £3.5 billion in the UK’s generation of wind energy.

For many companies their electrical infrastructure is not particularly critical to their operations, but as we transition to electric transport this is set to change.

Companies can manage the upgrades to their infrastructure, install PVs, battery storage, flexibility, or just focus on their core business – and delegate their electrical provision to experts to steer them through this period of change.

The advent of a smarter grid

The technology is there, we just need to be smart about how we apply it. The grid overheating from a wave of new demand is not inevitable, but preventing it will require investment in new production, harnessing new technology, business models and having the bravery to invest in its implementation before the system is overwhelmed. We are in a period of huge disruption, but it is a very dynamic time for the electrical industry.

A new joint industry white paper has said that an increase in electric vehicle sales will help to significantly balance grid supply and demand in the future.

Electric Nation has installed the first 100 of its vehicle-to-grid (V2G) chargers to demonstrate how the technology can help solve network capacity issues.