What lessons can transport ticketing learn from trouble in telecoms? 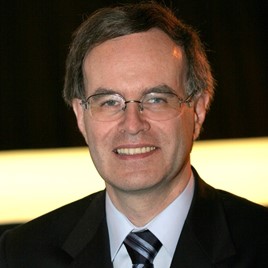 “Don’t put all your eggs in one basket.”

No matter your language, we all have a phrase that warns us not to risk everything on one option. Investors are warned to spread their risk across portfolios; gamblers should not put their entire stake on just one potential outcome; and jobseekers are advised to apply for more than one employment opportunity.

Yet in business, too frequently we see examples of authorities or organisations putting “all their eggs in one basket” in the hope of simplifying technical complexities and seeking a promising return on investment. This is a dangerous strategy and is full of risk.

The impact of unexpected events

If we look at the telecoms world, we can see the devastating impact of this approach.

On 15 May 2020, the U.S. Department of Commerce “moved to prevent chipmakers using U.S. technology from supplying Huawei,” according to Bloomberg.

TSMC, the Taiwanese chip manufacturer, which uses some American components in its chips, subsequently halted new orders from Huawei and ceased all shipments to the company on 14 September 2020.

The result of the U.S. political order has presented challenges to Huawei, which reportedly depended on TSMC for a large majority of its semiconductors.

In less than three months, a vital part of the supply chain has been completely disrupted – something it is not possible to rectify overnight.

This is just one example of how decisions over which we have no control – for example due to international politics – can directly affect the supply of components that are indispensable to a given industry. If a supply chain is single-source, the damage can be extremely serious.

We have also recently seen American graphics chip specialist NVIDIA announce that it will acquire British semiconductor and software company, ARM. The BBC reported concerns about “a conflict of interest since ARM's clients would become dependent on a business with which many also compete for sales.”. The BBC’s technology correspondent went even further, asking if “its hundreds of other customers now have faith that they will have equal access to its technology?”.

These cases reinforce why, at the very least, a dual source is necessary at all levels of a public transport ticketing system, including at the ‘smallest’ level: the card chip.

The importance of multi-source in transport ticketing

An industry that depends on a single-source solution, supplied exclusively by one provider, will always be at risk of an unexpected political or business decision that could summarily destroy their operation. Parties that depend on such technology for their networks would have little recourse, as their ticketing integrator, or their card manufacturer itself, could do nothing about it.

Those of you who have been in the industry as long as I have may recall how this risk materialised in 2000, when Motorola stopped producing contactless chips, with serious consequences for the organisations and networks that used its technology.

This may be a distant and increasingly forgotten example, but as more recent developments have shown, this kind of risk still exists today and should not be overlooked. The problem is that Public Transport Operators and Public Transport Authorities often fail to identify these challenges as they are tendering for cards and have the impression that there are several possible suppliers. They may not know that behind the card there is the chip, which can often be from a single supplier.

The sheer size of the industrial players in the chip industry almost makes the transport card market negligible and would pose a challenge if semiconductor producers ever decided to prioritise chip supply. If PTOs and PTAs choose to work with a single supplier, they can become extremely vulnerable should that company come into difficulties (either financially or regulatory). They may also risk being stuck with a service that becomes more expensive over time, locked into a contract delivering diminishing ROI.

Open technology, free from any manufacturing monopoly, is both more economical and more adaptable to future technology or societal changes. Open standards developed specifically to support a global industry – such as Calypso – provide the certainty that multiple sources of supply exist, and that the failure of one source has limited consequences.

If we pursue a common aim of simplifying ticketing for all players, whether users or suppliers, then we not only ensure sufficient freedom in which PTOs and PTAs can operate with resilience, but we also encourage innovation that cuts complexity for passengers too, encouraging greater uptake of public transport services.

CNA exists to empower the transport and mobility community to control and evolve the smart ticketing ecosystem, helping them stay one step ahead of future requirements. We provide a platform to exchange ideas, experiences and requirements, and help create an open ticketing framework that supports evolving mobility needs. It is open to all – users and manufacturers – to ensure equal access and fair competition. This is more important today than ever before.

The market is evolving rapidly in the wake of the pandemic, further intensifying the challenges caused by the dominance of proprietary systems. A more open, collaborative public transport ecosystem – defined, driven and delivered by dedicated members – will not only reduce market fragmentation, but provide a robust system that is resilient to the risks of working with one provider.

Open source also facilities interoperability between different public transport networks around the world. So whether you have eggs, œufs, or cartas, you don’t have to nervously keep one eye on a single supplier, and instead can remain confident that your local public transport ticketing system will always be up and running, no matter what unexpected events may occur.

The Rail Delivery Group presents the future of retailing that puts customer outcomes at the heart of decision making.

Transport for West Midlands is urging the Government to help fund a £20 million ‘tap and cap’ smart ticketing system similar to London’s Oyster.

Countdown to carbon zero – the clock is ticking

Anna Heaton, partner at Addleshaw Goddard, looks at the scale of the problem and the behaviour changes needed to hit net zero by 2050.