Unlocking the potential of active travel: The need for data 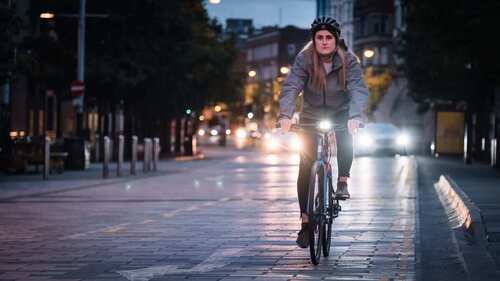 The UK Government has pledged to reduce emissions by 78% by 2035 and reach net zero by 2050. Ireland, and recently Northern Ireland, have enshrined the same pledge into law.

In the UK, since 2016 the industry responsible for producing the most emissions has been the transport sector.

The previous worst offender, energy, has had its numbers significantly reduced over the past 15 years as the country has moved away from coal.

In contrast, transport emissions in the UK have remained plateaued for the previous three decades, with emissions decreasing by only 3% since 2009.

These figures are indicative of the fact that our mindset surrounding travel needs to change if we hope to reduce transport emissions and reach current emission targets in 2035 and 2050.

We need active, sustainable transport with cycling and walking at the forefront.

Yet, when we think of sustainable transport, too often our focus is fixated on electric vehicles (EVs).

EVs are undoubtedly an important step in moving away from fossil fuel dependence, and a future in which electric cars have entirely replaced their diesel and petrol counterparts will be welcomed.

However, it is problematic to hold electric cars as the ‘silver bullet’ solution to eliminating transport emissions.

For starters, EV uptake is simply too slow to be seen as a clear solution to the now impending climate crisis.

Only 10% of cars sold in the UK in 2020 were electric - representing a healthy growth from 2.5% in 2018 - but nevertheless making it clear that a situation in which electric vehicles far outnumber traditional ICE vehicles on our roads  remains years and decades away.

Further problems arise from the fact that EVs are themselves not free of emissions.

Although clearly far better environmentally than traditional petrol and diesel cars, the indirect emissions resulting from EV production are not negligible; a problem that is heightened by the current difficulties in recycling the Lithium batteries used in EVs.

Technological advancements are likely to see these problems solved and indirect emissions further reduced, but once again this is simply not happening fast enough.

The climate crisis, which for decades has been an issue of the future, is now firmly on our doorstep yet our thinking and our solutions remain focused on the long term.

A modal shift to active transport represents an effective solution to our transport emissions - a solution that can provide an immediate impact in the short term.

Rather than switching out traditional cars for EVs, we need to change our mindset surrounding travel.

Recent studies have shown that swapping out the car for cycling or walking just one day a week can have a significant impact in reducing carbon footprint; around half a tonne of CO2 per year.

Multiply this over a larger chunk of the population and the potential is clear.

Indeed, the benefits of this truly are enormous. Not only will a switch to active travel reduce emissions, but it will bring with it improved physical health, reduced congestion, better air quality, improved trade for local business, and an overall boost to the economy.

The Prime Minister's aim to have half of all journeys walked or cycled in England by 2030 - as set out in Gear Change - acknowledges this and is welcomed, but what are the barriers currently preventing a larger uptake of cycling, and how do we address them?

A perception that the roads are unsafe, along with a lack of high-quality cycle infrastructure, are two of the major reasons that cycling in the UK has failed to reach its full potential. 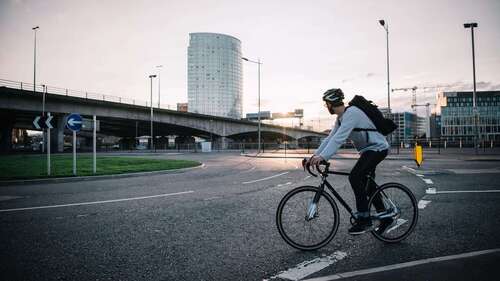 Poor infrastructure forces cyclists to share the roads, which is off-putting and unsafe to inexperienced cyclists.

Vice versa, by building connected, attractive and designated cycle infrastructure, we can improve safety and enable more people to take up cycling.

If we hope to tackle these issues, then we first need to understand them.

In order to build effective cycle infrastructure, we need to understand how and where it has been ineffective.

We need to understand the exact problems cyclists are currently facing, and where they are experiencing these problems. To do this we need evidence, and more specifically, data.

Data is fundamental for urban planners to understand and determine how and where to design and maintain the infrastructure needed.

Effective data can reveal how cyclists are travelling across a city, from the most popular routes taken to the areas that are most problematic to cyclists.

We are a cycling and micromobility tech and data company helping to provide this data using patented sensor technology embedded in our cycling products.

By examining popular routes, the areas most needing of cycle infrastructure can be identified, while road surface quality can highlight where infrastructure improvements such as pothole fixes are necessary.

These braking and swerving data insights can also help to improve cycling safety by enabling the identification of problematic areas.

At the moment, local authorities learn about hazardous locations for cyclists from Stats19 reports, which are filed by police when a cyclist is killed or seriously injured.

However, most incidents and ‘near-misses’ go unreported, which means we build less understanding of the contributory factors for these collisions.

See.Sense braking and swerving insights can identify areas where collisions are likely to occur, before a serious collision takes place.

This was highlighted in the RoSPA Cycle Smart Brum project, which observed that cyclists were 2.4 times more likely to experience a heavy brake or swerve event in the immediate vicinity of recorded cycle accidents.

Ultimately, through the use of data we can build a much greater understanding of cycling, and use this understanding to build a cycling network that is significantly safer and more attractive than our current network.

We will only see the real benefits of active travel once we have the participation of a large percentage of the population.

As such, it is only by providing the means necessary to partake in active travel that we can fully unlock the potential of cycling and walking.

Transport for New Homes has released a new report based on a review of 20 greenfield developments that says “housing is designed in every way around the car”.

Transport for West Midlands (TfWM) is asking the public to have their say on its new strategy to decarbonise the region’s transport system and improve services.

Reimagining transport in the West Midlands

Transport for West Midlands has posted its latest transport strategy draft to show how the region’s decarbonise its transport system and improve services.