National bus strategy: Is it stuck in the slow lane? 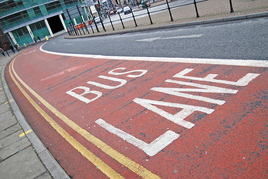 Campaign for Better Transport was one of the many organisations that welcomed the publication of the long-awaited national strategy for local buses – Bus Back Better – last year. For us, it was the culmination of a campaign lasting more than a decade to get the plight of local buses addressed at a national level.

Back in 2010, we began to hear about cuts to local bus services which were leaving many communities with a threadbare service at best.

We decided to issue Freedom of Information requests to find out how much local authorities were spending on local bus services year-on-year. The results confirmed the anecdotal evidence and formed the basis of our Save our Buses campaign which we launched at the beginning of 2011.

Our analysis of council spending on buses resulted in the first of what became an annual report of the state of local authority-supported bus services.