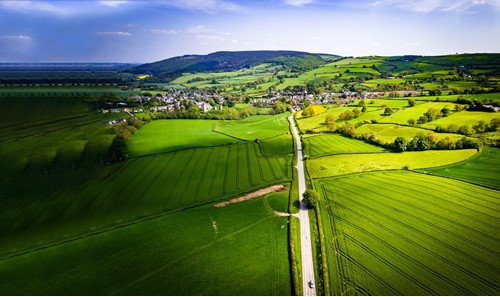 When studying CO2 emissions there is a tendency to focus on our urban environments, but Stephen Joseph urges policymakers to go further afield

With Covid still raging and escalating again, and a new lockdown and more restrictions with it, it is more than usually difficult to see patterns and policies for the future.

Disentangling structural changes, like people working from home and not being in offices full-time, from Covid’s economic effects of redundancies and impacts on the catering, leisure and hospitality sectors, will be difficult to see for some time.

However, the Government is giving some clarity on the future.

With its new 10-point plan, it has shown that it is still committed to a decarbonisation agenda, and that this includes transport.

One of the headlines in the 10-point plan was bringing forward to 2030 the date for banning the sales of new petrol and diesel cars, and there is also a genuinely ambitious commitment to consult on a date for phasing out diesel trucks, with research on hydrogen and other options as alternatives for these and for planes and ships.

The plan also includes renewed commitments to greener public transport and to cycling.

Alongside this, the Government released further funding for active travel in England and seems to have decided to face down some opposition from its backbenchers and from local campaigns.

Despite this opposition, which has led to the withdrawal of some schemes, polling shows these active travel schemes are generally popular and supported.

The charity Sustrans estimates that in excess of 900 schemes have gone in so far, with more to follow.

This is not the end of it. The Government is still on track to produce its Transport Decarbonisation Plan around the end of the year and further funding and commitments to upgrade and reopen rail lines and fund demand-responsive bus services and green buses.

Given that, even with all this, the UK is still off-track for meeting the future carbon budgets, we can expect more of this, especially with the approach of the COP26 UN climate change conference to be held in Glasgow next year.

However, all of this depends on public support. And in discussions about transport and decarbonisation, there is a strongly expressed view from some quarters that while it might be possible to decarbonise transport in cities, outside these there is no alternative to cars for any of the journeys people make and that any attempts to reduce car use outside cities are unrealistic.