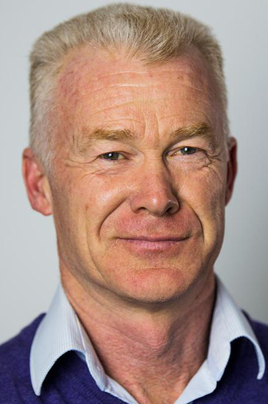 A key component of the Government’s Transport Decarbonisation Plan is to ensure more journeys are made by public transport, walking and cycling, and fewer by car.

But it is the modal shift that can get results quickly, immediately in many cases, and it is this which Campaign for Better Transport believes needs to be first and foremost in the public’s mind when it comes to reducing emissions from transport.

Of course, new technology has a huge role to play in tackling climate change and it is already starting to help us bring down emissions. Just last month, we organised a Zero Emission Buses Summit with the Mayor of London which aimed to help share skills and practical expertise among local authorities seeking to transition to a zeroemission bus fleet.

The mayor used the event to announce that all new buses in the capital will be zero-emission, bringing forward the capital’s target of a fully zero-emission bus network by three years to 2034.

This pledge has been made possible because London is uniquely placed due to the size of its bus fleet – a third to half of all new bus orders in the UK in any given year are for the capital – allowing manufacturers to up production levels and driving down overall costs for other operators.

This move will help ensure that other areas of the country can benefit from zeroemission buses in the same way the capital will and means one of the greenest forms of transport will be even greener. But there is still a long way to go.

Out of around 38,000 buses nationally, only about 2% are zero-emission.

That’s not a lot, given the Government’s target to deliver 4,000 zero-emission buses by February 2025.

New technology is helping reduce emissions, but perhaps not fast enough. And, of course, electric vehicles (EVs) are helping to decarbonise the private transport sector, but a recent report from New AutoMotive, a climate change think tank, found that, by 2030, 80% of plug-in vehicles will be hybrid and only 20% will be pure electric.

With the normal road life of cars in the UK being 14 years, it also means that of the expected 32 million cars on the road in the UK in 2030, the number of zero emission cars will represent a small percentage. Unless addressed, this means the UK will miss its decarbonisation target.

An easy way to reduce emissions from transport is modal shift. Where public transport options already exist, it is a simple matter of promoting them better, either through marketing or with financial incentives.

Take, for instance, domestic air travel. In a country the size of the UK there are a surprising number of domestic flights each year, with more than 38,000 passenger movements in 2019. Yet, many of the most popular routes – Manchester to London, for instance – have a direct train route.

Aviation produces up to seven times the carbon emissions of rail, yet the Government has done nothing to promote rail as an alternative to flying. In fact, thanks to various fiscal measures, it has been promoting domestic aviation, something that surely flies in the face (excuse the pun) of its decarbonisation strategy.

One of the arguments for flying is that it is quicker. We put this to the test last month when I ‘raced’ my colleague Norman Baker to Glasgow by plane while he took the train. I did beat him, but only by two minutes. Hardly a time saving worth the flight’s environmental damage.

Domestic aviation is one area where the Government could immediately make an impact by banning all domestic flights where the equivalent train journey can be completed in less than five hours and freezing rail fares next year so that the final hurdle of cost can be overcome.

France has banned many domestic flights to tackle climate change and, as the hosts of the recent COP26 Climate Conference, we should be taking similar bold action.

Of course, flying is not generally considered ‘everyday transport’. When we talk about modal shift helping to reduce emissions from transport, we need to be looking at the way millions of us travel on a day-to-day basis to make the most impact.

Commuting is undergoing a revolution

The standard nine-to-five, fiveday-a-week commute is a thing of the past and millions of us will be carving out new working patterns over the coming months and years.

On the one hand this could actively help reduce emissions from transport just by way of fewer journeys as more people spend at least part of their time working from home.

However, there is a danger that for those remaining journeys, driving will become the default option, especially with rail fares set to rise above inflation next year and a genuinely flexible season ticket still not available.

The days of a captive commuter market on the railways have gone.

The Government cannot simply keep increasing the cost of an annual season ticket and assuming people will just keep buying it, especially when they have other options. We’ve been calling for a fares freeze for 2022 to help encourage people to take the train.

Simply increasing prices does not always result in making more money, as the Treasury seems to think it will.

We believe there is merit, both financially and economically, in keeping fares low so more people will buy them.

This is something some of the Metro mayors, including Andy Burnham in Manchester, are pursuing in their regions. The idea is that, by making public transport cheaper, you encourage more people to use it and actually end up making more money that way.

This is currently being tested out on the London-to-Edinburgh rail route.

The Lumo train service will perhaps be the litmus paper for whether cheaper tickets can still turn a profit. The new all-electric open access operator began services last month with 60% of all single fares below £30, fares starting at £14.90 from London to Newcastle, and a maximum of £69 for on-the-day single fares. If this works, then the argument that the only way to make money on rail is to keep increasing prices will be clearly flawed.

There’s lots that can be done to show people the benefits of public transport, to improve services and routes to make them more attractive and usable, but, ultimately, price is a key factor in determining which transport mode we use.

The Government must act to rebalance pricing, making greener modes more affordable and ensuring the most polluting modes are not the cheapest. With the vast majority of journeys – 58% – taking place by car, we urgently need to address our car dependency.

Nowhere is this more stark than with the juxtaposition of the Government’s decarbonisation strategy on the one hand, which talks about reducing car use, and the £27 billion road building programme on the other.

As the recent petrol crisis proved, we are a nation reliant on our cars and this may prove to be the hardest habit to break.

Study researching the benefits and issues of creating of a multi-modal hydrogen transport hub within the UK and specifically the Tees Valley area.