Countdown to carbon zero – the clock is ticking 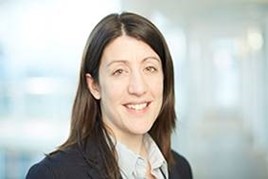 We have thirty years to get transport emissions in the UK as close to zero as possible.

This is no easy task given that transport is the largest emitter of greenhouse gases of any sector (28% of UK domestic emissions in 2018).

But what is the scale of the problem and the behaviour changes that are needed to hit the net zero 2050 legal target? Is it even feasible?

Cars and taxis account for over half of UK transport emissions.

But even if we all drive electric cars, that won't solve the problem. Electric cars still generate harmful particulates from their tyres and brakes.

Also they would have to be powered by 100% renewable energy and although the UK electricity system is well on the way to this, it is currently forecast to take a further decade or so to get there.

No, the only real way we'll get to net zero transport emissions is by changing our behaviour. This isn't the message most of us want to hear.

We've become over-reliant on the car; it's just too easy to hop in and drive off without having to think (other than where to park).

Covid-19 has made this worse.

The government's messaging to avoid using public transport except where essential has been somewhat too successful and as a result we're back to where we were in 2002 in terms of the number of people preferring the car over public transport.

We need a modal shift away from our car-centric behaviour to active travel as a first choice with good public transport second.

But how can we do this? This is a political minefield to put it mildly but, in reality, it's a combination of carrot and stick: making active travel easier and safer and public transport more attractive whilst also creating a more level playing field in terms of the (perceived) cost of car use.

Recent initiatives like the Eat Out to Help Out scheme show that the right incentives can change behaviour using incentives rather than threats.

New stations such as Kintore near Aberdeen are designed to integrate with other transport modes including bus and make the end to end journey seamless for passengers: Kintore is the largest electric vehicle charging point hub in NE Scotland.

Bus journeys made up 58% of all public transport journeys in Great Britain and 73% in Scotland in 2018/19 so we need a coherent multi modal public strategy including buses, offering an integrated ticketing and easy transport experience to achieve modal shift.

Any solution would also need to take account of the needs of the rural community, where there are limited transport modes available, but that's not to say that answers cannot be found, potentially with smaller, but more frequent bus services.

So that's the carrot, but the time constraints mean that in practice there will also need to be a stick, which really means a policy to persuade people to do something they wouldn't otherwise choose to do. Like paying per mile each time you use a road (road pricing).

Clearly this is a major challenge in terms of winning over hearts and minds.

But does it have to be? Ultimately, climate change affects everyone and what is being proposed through investment in transport is a positive vision.

If the arguments and choices are laid out in a way that allows individuals and businesses to see how it benefits them then the heightened awareness and concern about the impacts of climate change could be better harnessed in support of policy decisions now that will enable us to meet the targets in 30 years' time.

There are examples of this working - the London ULEZ (effectively a form of road pricing) was able to get public support because air quality affects everyone, rich and poor.

The government's confirmation of the 2030 cut-off date for the sale of new petrol and diesel cars and vans shows that electric vehicles are an important part of the answer to decarbonising transport, but they are not the whole solution.

As more cars become zero emission, and so not subject to vehicle excise duty, the government needs to look elsewhere for revenues.

According to recent press reports, the Treasury is considering the introduction of road pricing. It would go a long way to drive behaviour change.

If you have to pay per mile to use your car, you are going to think hard about whether you need to make that journey in the first place or whether there is a greener alternative. Is it time to grasp the nettle?

With car ownership on the decline, what does the future hold for personal mobility?

When studying CO2 emissions there is a tendency to focus on our urban environments, but Stephen Joseph urges policymakers to go further afield