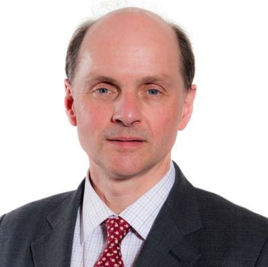 The focus at the COP26 Transport Day was driving the move to zero carbon systems. Just as in so many other areas, we are not looking at new and unproven technologies, but at the challenge to scale up and deliver, and the political will to drive change, build the necessary consensus and coalitions, and stick at it for long enough to make the difference.

Decarbonising public transport and encouraging modal shift and active transport (by which we mean foot, cycle, scooter and rollerblade) will all have their part, but the car is here to stay.

Norway's spectacular success in fostering purchases of EVs (which hit 54% of new car sales in 2020) has been the product of a long-term, co-ordinated effort dating back to the 1990s from policy makers and others at all levels – including national government with tax incentives, local authorities with parking concessions and ferry operators with special low tolls.

And spare a thought (or more) for what (and who) will be left behind by the green revolution – not just the thousands who are skilled in the foibles of the internal combustion engine, and will need to retrain to work in the world of electricity and hydrogen, but what will happen to the nearly 1.5 billion existing vehicles that will have no place in a zero carbon world.

For a price, you can retrofit your classics to give them new life as EVs – with respectable range and impressive acceleration.  What the world cannot afford is for them all to gravitate to Africa or India, where car ownership is just around 50 per 1,000 of population, as against more than 500 in Europe and the USA.

The big transport challenges lie there and in creating the policies and market that will help those countries move from where they are now to a zero carbon transport system, skipping the carbon-heavy stage, in the way that much of Africa moved to mobile phone technology without ever becoming wholly reliant on landline networks.

And one last thought – until that can all be achieved (and even now in Norway less than 10% of the overall car fleet is electric), there is another way to cut emissions, tried before in time of crisis, with one of the simplest interactions between the law and the travelling public, which would also save the hard pressed motorist a lot of money…

Of course if you look further back before that man Brunel, you find a world where global sea trade thrived in a completely zero carbon mode.  Helpful perhaps to recruit the past to assist the future?

A list of 24 governments, 11 carmakers and 39 cities have all signed a COP26 pledge to go zero emissions with new car and van sales by 2035 in leading markets.

The DfT's Trudy Harrison will provide the next steps on the path to net zero at this month’s Smart Transport Conference.