Birmingham plans to become a supersized low-traffic neighbourhood – will it work? 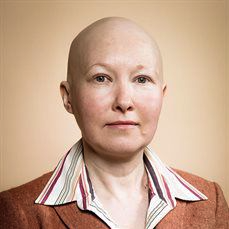 Birmingham was redesigned in the 1960s to make travelling by car as easy as possible. But the UK’s second city has been falling out of love with cars ever since. The council’s latest plan (Birmingham Transport Plan 2031) makes it clear: the days of private cars are numbered.

To reduce carbon emissions and the negative effect cars have on people, the council plans to reallocate road space to public transport, extending the metro, improving bus services and expanding the cycle-lane network.

To prioritise walking and cycling and the use of public transport, it will build a ring road around the city centre within which private vehicles cannot travel. The council will also impose a 20mph limit on all local roads and car-free zones around schools.

Lastly, it will reduce the number of parking spaces and increase fees for those that remain (including fining companies for providing parking for employees). But can this plan really work?

For the city to reduce its carbon emissions, the proposed ring road is crucial, but, when it comes to ring roads, what works in one city won’t necessarily work in another. However, research has shown that ring roads can reduce traffic when supported by the promotion of environmentally friendly transport alternatives as well as changes to the layout of the city so where people live, work and play are within easy reach of each other. Without these add-ons, traffic is doomed to increase.

Crucial to Birmingham’s success, then, is a prolonged commitment from the council to support public transport and land-use changes. This is because the reason we travel is to get to and from places, so where those places are located, and the options we have for getting to them, matter. The risk is that such commitment is costly and easily falls victim to funding cuts and changes in the political wind.

Birmingham’s previous ring road, built between 1960 and 1971 and later dubbed the concrete collar, was a social and economic disaster. It destroyed heritage buildings and isolated the city centre from the surrounding communities, it made walking and cycling unsafe and it limited the growth of the city centre.

In the end, it was removed – mostly. The tunnel sections remain, as do some of the raised sections, now at ground level. The process took decades and cost millions of pounds. It was a high price to pay for poor design.

Birmingham wants its city centre to become a super-sized low-traffic neighbourhood. This means no access for private vehicles and no more rat runs.

The evidence from existing low-traffic neighbourhood schemes suggests that traffic won’t necessarily be displaced, causing problems in surrounding streets. The picture as to why isn’t completely clear, but it could be that in some cases displaced traffic is finding different routes through the city.

The problem here is that Birmingham is attempting to apply the concept not to a residential neighbourhood community but a city centre.

Neighbourhood-scale living is, of course, possible in cities. Local centres, those that already exist and new ones that develop, form a network of so-called urban villages within which both daily and essential services must be provided. In Birmingham, however, such services – the bus network, in particular – currently decrease with distance from the city centre.

Other cities have opted for the 15-minute city model, which promotes meeting people’s needs within a quarter-hour walk or cycle from where they live. The problem with this is that when time, and by extension speed, is prioritised it compromises equitable access as the distance people can traverse in any given period of time isn’t the same.

Birmingham Transport Plan 2031 moves Birmingham towards what urbanists call the polycentric city - that is, a city with many “centres”. Such cities require transport solutions that focus on local trips within the context of the wider city. Compared to the traditional monocentric city - that has only one centre into and out of which traffic flows - polycentric cities should mean shorter journeys.

The plan’s success will depend on the city council taking a truly holistic approach to the city and supporting fair access to services. This requires a shift in focus away from the city centre and towards local centres – something the city doesn’t look entirely ready to do.

This article is republished from The Conversation under a Creative Commons license. Read the original article.

Birmingham City Council have announced plans for the city to become a low-traffic neighbourhood, as reported in The Guardian.