Taxis and on-demand services first to be autonomous, says Toyota 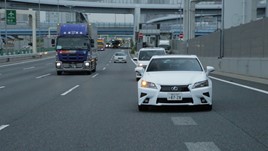 Advanced autonomy, which requires little human intervention, will be available in commercial use before personal cars, according to a senior official at Toyota, Reuters reports.

It will be easier to apply this type of technology to taxis and on-demand services than personally-owned vehicles, James Kuffner, chief of Toyota Research Institute-Advanced Development (TRI-AD) told reporters at the opening of Toyota's new offices in Tokyo this week.

He pointed out that the operators of these vehicles could control when and where they are deployed and oversee their maintenance.

“It will take more time to achieve ‘Level 4’ for a personally-owned vehicle,” Kuffner said. “Level 4 is really what we’re striving for to first appear in mobility as a service.”

Toyota is set to release its first ‘Level 2’ autonomous car as part of its strategy to develop self-driving cars over the next few decades.