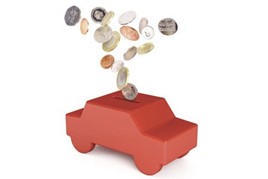 An Eco Levy for driving in urban areas, balanced by making local public transport fare-free are among the measures needed to tackle the climate emergency, says a report published by Friends of the Earth, Greenpeace and Transport for Quality of Life (TfQL).

The report acknowledges that no city has tried the combination of a mileage-based Eco Levy and free public transport but “this is the kind of transformative policy that is now needed”.

“A policy prescription for slow, steady carbon reduction that might have been sufficient 25 years ago is no longer fit for purpose. Because we have left it so late to tackle carbon emissions from transport, we now have to take urgent action,” TfQL said.

It argues that if only 50% of new car sales are electric by 2030 (the Government’s current aim), car mileage will have to be cut by 60% for emissions reductions to stay on track.

“Rapid action to reduce car use will only be fair and command public consent if it takes place in parallel with big changes to our transport system that give people decent, clean and affordable ways of travelling to work, education and services, by foot, bike or low-carbon public transport. So in order to be able to meet our obligation to act on climate change, we need to recognise a basic right for everyone to be able to live decently without having to own or drive a car,” TfQL says.

In addition to an Eco Levy and fare-free local public transport, the report recommends the following actions:

Taking these actions will "ensure that future generations have a planet that is worth living on," the report says.

"Cars will not disappear. But we will use them much less often, because other means of transport will be more efficient, affordable and attractive."