Private cars could be 'banned' from Birmingham city centre 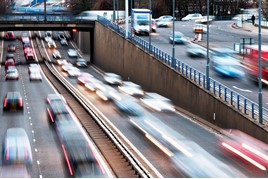 Private cars could be 'banned' from taking "through trips" across Birmingham city centre under plans to cut pollution.

Birmingham City Council’s newly published transport plan proposes that vehicles will be able to drive into the city, but would have to go back out to the ring road to access other areas.

Birmingham Transport Plan 2031 aims to reduce transport’s damaging impact on the environment, supporting the city’s commitment to becoming a carbon neutral city by 2030. In addition to environmental benefits, the plan intends to “reconnect communities by prioritising people over cars”.

In the document, Waseem Zaffar, Cabinet Member for Transport and the Environment at Birmingham City Council, said: "Over-dependence on private cars is bad for the health of ourselves and our families, bad for our communities and bad for business as measured by the millions of pounds of lost productivity caused by congestion.

The city’s vision for its transport is for a sustainable, green, inclusive, go-anywhere network. It states that safe and healthy environments will make active travel – walking and cycling – the first choice for people making short journeys.

A fully integrated, high quality public transport system will be the” go-to choice for longer trips”, resulting in a “smart, innovative, carbon neutral and low emission network” that will support “sustainable and inclusive economic growth, tackle climate change and promote the health and well-being of Birmingham’s citizens”.

According to the council, 25% of all car journeys undertaken by Birmingham residents are less than a mile.

In addition. it will expand the metro network and bus rapid transit and re-open passenger services on local and regional railway lines.

Its major redevelopment projects in the Paradise, Smithfield, Snowhill and Eastside areas of the city constitute one of the most comprehensive urban transformations in Europe.

The plan forms part of a larger move to tackle traffic and air quality in the region.

The #WM2041 report, which is due to be reviewed by the WMCA board on Friday January 17, is “intended to start the conversation on tackling climate change in the region”.

Elsewhere, Oxford is set to become the first city in the UK to introduce a Zero Emission Zone (ZEZ), banning all petrol and diesel-powered vehicles from entering its city centre.