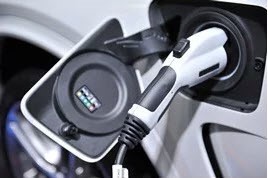 Almost one in seven (69%) of UK consumers will consider buying an electric/hybrid vehicle next time, up from (33%), according to the Automotive Disruption Speedometer 2019, from OC&C Global.

However, its survey of 10,000 consumers across five markets (China, France, Germany, the UK and the USA) found that China is leading the way in consumer appetite with more than nine in 10 (94%) of consumers considering buying an electric/hybrid vehicle and 74% likely to buy one at their next purchase. Only 7% of Chinese and 2% of UK consumers actually bought an electric/hybrid vehicle at the last replacement.

The country that is currently leading electric or hybrid vehicle adoption is Norway, where 39% of new cars are electrified, thanks to sustained government support and generous incentives.

If the UK is to convert consumer good intentions into action, the government and the industry need to work together to address consumer concerns, OC&C said. Almost two-thirds (64%) of consumers surveyed said access to vehicle charging points when away from home was the biggest barrier to buying an electric or hybrid car. Almost half (49%) were also concerned about the high cost of purchasing an electric or hybrid vehicle, although prices are falling in the UK and this is likely to drive forward electric/hybrid adoption rates.

John Evison, associate partner at OC&C Strategy Consultants, said: “UK consumers remain very attached to having their own cars but are increasingly willing to consider doing their bit to improve our environment by making the permanent move to electric and hybrid vehicles. However, our research shows that turning these good intentions into government support is key to driving consumer adoption of the electric and hybrid vehicles.

“Evidence in Norway shows that sustained government focus and generous incentives can drive significant adoption where nearly one in four new cars are electric ones. However, the governments across the world are taking the right steps as the introduction of clean air zones in cities is a major step forward for many markets and is a significant incentive for consumers to move to electric or hybrid vehicles. The UK Government needs to continue to take further decisive action to convert consumer consideration into action.”