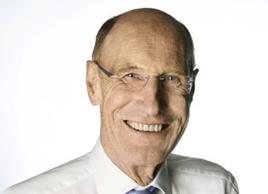 The infrastructure plans were originally expected to be published alongside the March 11 Budget.

Sir Armitt said: “Naturally we are disappointed about the further delay in the Government’s formal response to the National Infrastructure Assessment, which we published over 18 months ago.

“However, we are encouraged by the evident focus the government wishes to place on investing in the UK’s future infrastructure.”

Armitt said prioritising investment within a long-term plan will be key to infrastructure success and if a short delay leads to a better strategy that more comprehensively addresses the NIC’s recommendations, he said it would be “worth the wait”.

The Assessment looks at the UK’s future economic infrastructure needs up to 2050 and makes key recommendations for how to deliver new transport, low carbon energy and digital networks, how to recycle more and waste less, and how future infrastructure should be paid for.

Its core proposals include nationwide full fibre broadband by 2033, half of the UK’s power provided by renewables by 2030 and £43 billion of stable long term transport funding for regional cities preparing for 100 per cent electric vehicle sales by 2030.

More than half of drivers have a favourable view of EVs, but 64% said insufficient charging infrastructure is preventing them from making the change

Holistic thinking’s one thing, but is joined-up action for land use and transport policy possible, asks Mark Smulian