Three leading speakers have been announced for the Smart Transport Conference, which will be held at County Hall, London, on March 17, 2020.

Lilian Greenwood MP, outgoing Chair of the Transport Select Committee, Elliot Treharne, Head of Air Quality, Greater London Authority, and Ian Wright, Head of Innovation and Partnerships, Transport Focus will be joining the line up of outstanding speakers for this must-attend event.

It features the highest calibre thought leaders and policy-makers tackling the leading issues in the smart transport sphere. 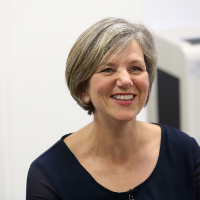 Lilian Greenwood was elected as MP for Nottingham South in 2010 and was appointed to the Transport Select Committee in the same year. In 2011 Lilian became Shadow Local Transport Minister, before moving on to the role of Shadow Rail Minister in January 2013. During this time Lilian campaigned successfully for the widening of the A453 and extensions to Nottingham’s tram network.

Lilian was promoted to the Shadow Cabinet in September 2015, becoming Shadow Secretary of State for Transport, and retained the Transport brief until her resignation in June 2016.

In July 2017 Lilian was elected Chair of the Transport Select Committee, a role she held until November 2019. As Chair, Lilian was committed to ensuring that the needs of all transport users were addressed, particularly those whose voices are least heard by decision-makers.

As the out-going Chair of the Committee, Lilian remains passionate about transport policy and will continue to fight for better, safer and more sustainable transport for everyone in this new Parliament.

She remains a strong advocate for electrification of the Midland Main Line. 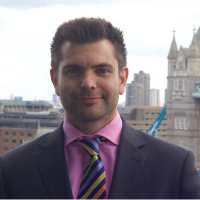 Elliot Treharne is a specialist in urban and environmental policy and is currently the Head of Air Quality at the Mayor of London’s Office with responsibility for London’s air quality and green transport projects and programmes.

In 2015 he also undertook a six-month secondment working as Clean Air Advisor in the Office of Los Angeles Mayor Eric Garcetti. 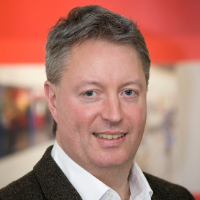 Also speaking at the event it Ian Wright, Head of Innovation and Partnerships, Transport Focus.

As an insight specialist Ian has spent his career uncovering the needs and motivations of consumers in many sectors, to understand what drives attitudes and behaviours. This has been whilst working for research agencies, consultancies, client companies and his own company. In his current role at Transport Focus this means growing the organisation’s understanding of transport users. Previous roles have included a focus on car drivers (Ford was a major client when at Goldfarb Consultants) and airline passengers, when at British Airways.