Remote working could save 24m tonnes of CO2 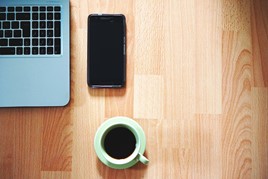 An estimated 24 million tonnes of CO2 could be saved a year globally as a result of an increase in those working from home (WFH), according to the International Energy Agency (IEA).

The IEA, which works with countries around the world to shape energy policies, estimates that around 20% of jobs globally could be done from home.

This is based on analysis work done by Jonathan Dingel and Brent Neiman at the University of Chicago as well as work by the International Labour Organization and others.

The data does not take into account the potential economic impact of the switch to a fifth of the global workforce working remotely.

WFH potential ranges from 10% in sub-Saharan Africa to more than 45% in the wealthiest European countries.

The IEA said WFH will normally reduce net energy demand for a household that commutes by car.

However, for commuters taking public transport, it is likely to increase net energy demand, although regional and seasonal differences are significant.

Taking this into account, however, the IEA has found that during an average year, the overall energy saved as a result of less commuting is still around four times larger than the increase in residential energy consumption.

On a global level, oil savings are around 11.9 million tonnes of oil equivalent (Mtoe) per year – or about 250,000 barrels a day, corresponding to about 1% of road passenger transport consumption.

After including the extra residential demand, overall energy use falls by around 8.5 Mtoe, resulting in a drop of 24 million tonnes in annual CO2 emissions.

The scenario described assumes a relatively modest one day per week of working from home.

If this were to become more frequent, the impacts on private transport and residential energy demand would increase proportionally, but it could also have an increasing number of effects elsewhere in the energy system.

A statement from IEA commenting on the analysis said: “Given that only one-fifth of workers can do their jobs remotely, even several days of home working per week would probably have only a small direct impact on public transport.

“However, fewer commuters could lead to less congestion, faster moving traffic and a possible shift away from public transport. This could either reduce or increase oil demand depending on the specific circumstances.

“The longer term impacts on energy and emissions of a trend towards greater working from home are uncertain.”

The IEA said that over time, a more significant shift to home working could also result in a reduction in demand for office space and energy for commercial buildings, and therefore a greater overall reduction in energy consumption and CO2 emissions.

However, habitual home working could lead to people living farther from their place of work, potentially offsetting the demand reductions in energy for commuting.

Read the IEA's full blog on 'Working from home can save energy and reduce emissions. But how much?'.

Almost one in five commutes by car could be avoided if employees continue to work remotely, according to a new survey by the Business Clean Air Taskforce (BCAT).

London in lockdown sees air quality improve by up to 50%

New research by Environmental Defence Fund Europe (EDFE) and Global Action Plan has found up to a 50% drop in pollution during rush hour near Park Lane and double digit improvements in other commuter hotspots in London.