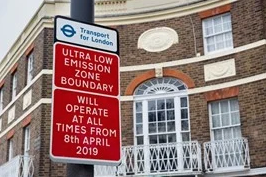 This figure includes both those people who changed vehicles after the ULEZ came into operation on April 8 last year and those who use a different mode of transport.

Drivers who use vehicles which do not meet set emissions standards (Euro 4 for petrol engines, Euro 6 for diesel engines) in the ULEZ must pay a daily charge of £12.50 or risk a fine of £160.

In March 2020, due to the coronavirus pandemic, the ULEZ charges were lifted to allow key workers to travel more easily.

The motorbike insurer interviewed 2,000 people as part of its ULEZ Survey 2020 report, and found car drivers were the least likely to have changed their mode of transport.

According to the research, 65% of car drivers changed their mode of transport once the ULEZ was introduced. This compares to 81% of van drivers, 81% of motorcyclists and 87% of scooter drivers.

As part of the research, commuters were given a multiple-choice question asking how the ULEZ has changed them.

Transport for London has suspended all road-user charges until further notice to ensure London's critical workers are able to travel in the capital in the way that best suits them.

Addison Lee is offering reduced rate private car rides to and from all London hospitals with its fleet of 10,000 vehicles to support healthcare workers during the coronavirus pandemic.

The GeniePoint Network will be free to use for all key workers during the COVID-19 crisis, Engie has announced.