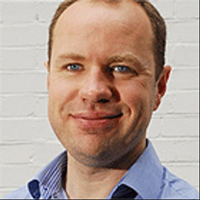 UK100, the network of local government leaders, has launched its Resilient Recovery Taskforce that groups together 24 Mayors and local leaders to commit to infrastructure and public transport investment.

The ‘New Deal for Green Skills and Growth’ is in response to UK100’s recent analysis of figures compiled by the Grantham Research Institute on Climate Change and the Environment shows that one in five jobs in England, Scotland and Wales will be impacted by the shift toward a low carbon economy, with an average number of 15,032 jobs that need reskilling in each local authority.

Jason Torrance, UK100 policy director and Smart Transport member, said local leadership needs to be placed at the heart of the UK government’s plans for recovery.

He said: "The opportunity for an economic recovery package that creates resilience in our communities and reduces carbon emissions is more possible now than it has ever been.

"However, success lies in a renewed partnership between UK government and local governments that looks to the future and commits to large scale investment that reduces our climate emissions and builds back better.

"The COVID-19 crisis may of course only temporarily cut emissions. As shuttered factories begin to reopen, commuters get back into their cars and flights once again take to the air, little may have changed in the structure of the global economy – and progress towards net-zero will likely be as slow as ever and air pollution may return to city streets.

"Unless there are concerted efforts by governments, nationally and locally, to ensure this does not happen, our current global tragedy could sow the seeds for the next one."

The Committee on Climate Change (CCC) helped to launch the task force, with Professor Piers Forster attending the first Resilient Recovery Taskforce Roundtable, in which he presented the most recent CCC Progress Report, which focuses on Post-Covid Recovery.

Professor Forster emphasised that local authorities need far more support from national government than they have currently, and that both economic and climate resilience needs to be at the core of all recovery plans.

He also explained how there are opportunities for local leadership to respond to the crisis that meets our requirements under Net Zero legislation, and that central government will not achieve Net Zero without the support of local authorities, as local leaders are better placed to make decisions that work for all parts of their communities.

UK100, a network of local government leaders, has launched its Countryside Climate Network, with the aim of influencing national policy to reflect the needs of countryside councils.

Campaign for Better Transport outlines how the transport system can be transformed as part of a recovery programme to create jobs, tackle social exclusion, improve the environment and people’s health, and aid economic recovery.